In the nativity, there never was a hard-hearted innkeeper nor a kind and gracious one. These guys didn’t deserve two thousand years of bad/good PR.

The Biblical story of Jesus’ birth is found primarily in Luke 2.

Did Mary ride a donkey to Bethlehem?

Perhaps, but there are various other possibilities. The Bible doesn’t say how she got to Bethlehem. It only says that she came with Joseph.

Did Mary arrive in Bethlehem the night she gave birth?

The Bible does not suggest this. It simply states, “while they were there…” They could have arrived weeks earlier. Arriving in town well before her due date would make more sense.

Did Joseph or Mary talk to any innkeepers?

Perhaps, but there is no solid, biblical reason to believe that they did. No innkeeper is actually mentioned in the biblical record of Christ’s birth.

When someone goes home to their hometown, does one sleep in an inn? It is more logical for someone going home to stay in their own house or with relatives.

Bethlehem was Joseph’s hometown. It is more likely that they actually stayed in a house with relatives, not behind some kind of Bible-times hotel.

But it says ”… there was no room for them in the INN.”

The actual Greek word used by Luke translated as ‘’inn’’ is the word kataluma. Unfortunately, this Greek term had multiple meanings. It could be a guest chamber or a lodging place.

The only other time kataluma was used in the New Testament was the place where Jesus observed the Last Supper with His disciples.

Here, Luke gave additional information about the kataluma. He said it was a furnished large upper story room within a private Jerusalem house.

When Luke wanted to speak of a paid establishment (an inn), he used a different Greek word, pandocheion, as in the story of the Good Samaritan. 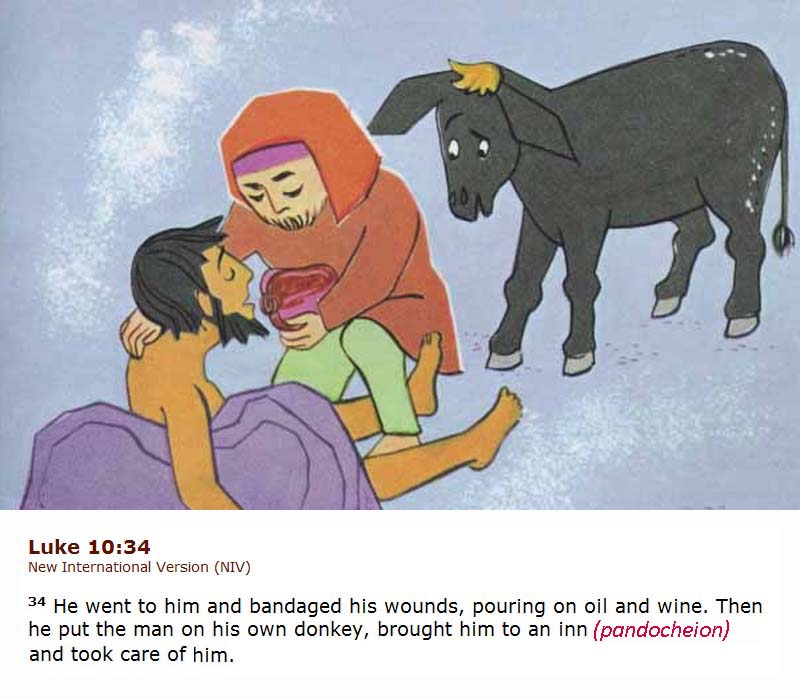 Luke used the word kataluma instead of pandocheion when he narrated the birth of Jesus. Therefore, many scholars believe that the overcrowded conditions are in a guest room of the home of one of Joseph’s or Mary’s relatives.

Was Jesus born in a stable? Or a barn? Or a cave?

The Bible does not mention any of these places, only a manger. Scripture simply reports that they laid Jesus in a manger because there was no room for him in the guest room.

In the ancient world, as well as in primitive modern cultures, mangers are also found within the house itself. Animals are regularly kept in homes at night.

A small number of flock animals were housed, not in attached exterior sheds, but inside the house in one of the ground floor rooms. By being inside, the animals were protected from the elements and theft. Their presence provided body heat for cool nights, access to milk for the daily meal and dung as a critical fuel source.

Mary and Joseph did not find space in the living quarters of the ancestral family home. Instead, they stayed downstairs in the domestic stable, still within the ancestral home, where a manger or two was located.

“Away in a manger the baby awakes, but little Lord Jesus, no crying he makes.”

Although this is part of a beautiful song, we cannot be sure that Jesus did not cry. The Bible does not report this.

One scholar explained that the trouble with the stable, the innkeepers and all others is they tend to turn the whole thing into a kind of fairy-tale. But the gospel writers were pointing out that the whole thing took place against a background of poverty and hardship.

I believe that truly we make this birth more dramatic than it should be. We forget that Christ’s birth was very human. It was in the most normal way within the setting of an ordinary household where he is most accessible for ordinary people.

In the end, what is most important is not the when and the where but the who and the why.

WHY? Born to save you and me.