”No building in modern history has aroused so much curiosity and intrigue as has Burj Khalifa.

The world’s tallest building. A living wonder. Stunning work of art. Incomparable feat of engineering. In concept and execution, Burj Khalifa has no peer.”

”Emaar properties had but one inspiration, the unflagging enthusiasm set in motion by His Highness Sheikh Mohammed Bin Rashid Al Maktoum, Vice President and Prime Minister of the UAE and Ruler of Dubai, who inspires us to reach for the stars.”

”Your at the Top, Burj Khalifa visit begins in the reception area on the lower ground level of The Dubai Mall. Here and throughout your journey, you will be entertained and informed by a multi-media presentation that chronicles Dubai’s exotic history and the fascinating story of Burj Khalifa.”

”Leave the reception area aboard the 65-metre-long travelator on a trip that transports you through time, from the earliest days of Dubai to the present.”

”Pause briefly at a unique viewing point for your first close-up view of the soaring Burj Khalifa, seen through a skylight framing its awe-inspiring height.”

”It lifts the world’s head proudly skywards, surpassing limits and expectations. Rising gracefully from the desert and honouring Dubai with a new glow.”

”Begin your vertical ascent to the observation deck in a high-speed elevator, travelling at 10 metres per second.” 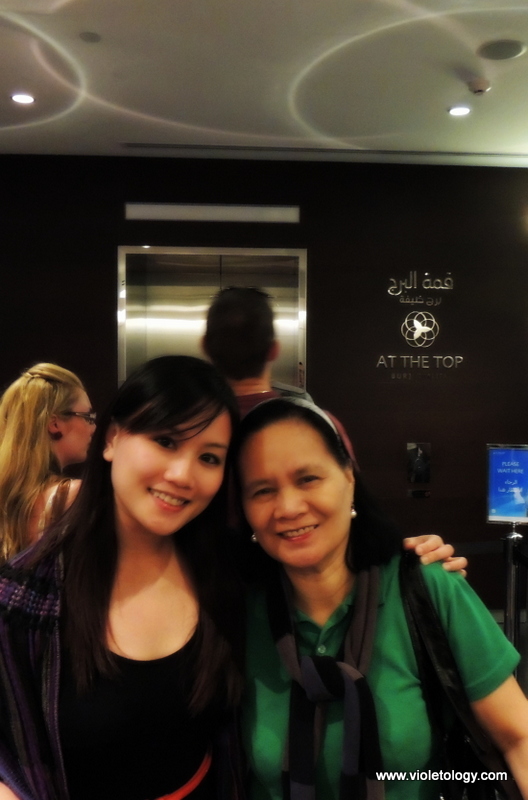 ”From your vantage point on level 124 of the world’s tallest building, you will experience first-hand this modern architectural and engineering marvel and know at last what it is like to see the world from such a lofty height.” 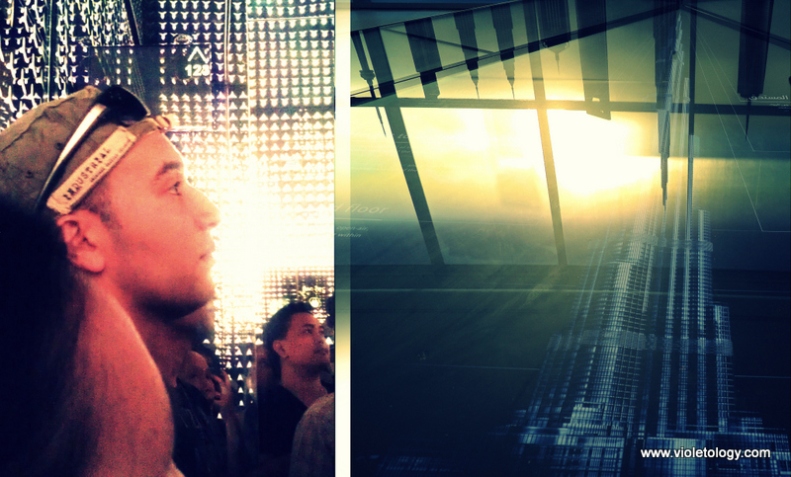 ”As the doors open, floor-to-ceiling glass walls provide a breath-taking unobstructed 360-degree view of the city, desert and ocean.  By night, sparkling lights and stars compete for your attention.” 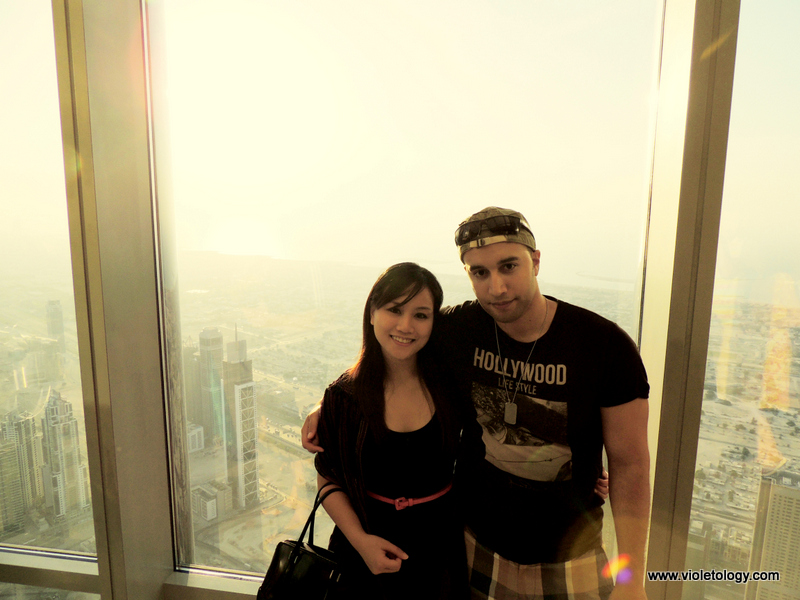 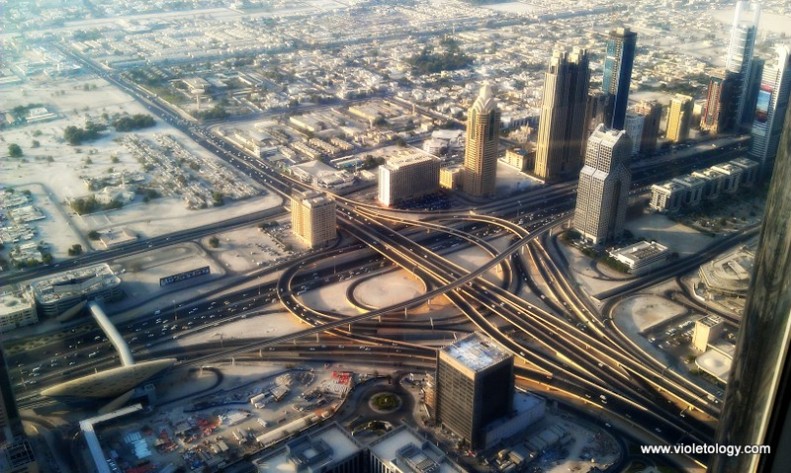 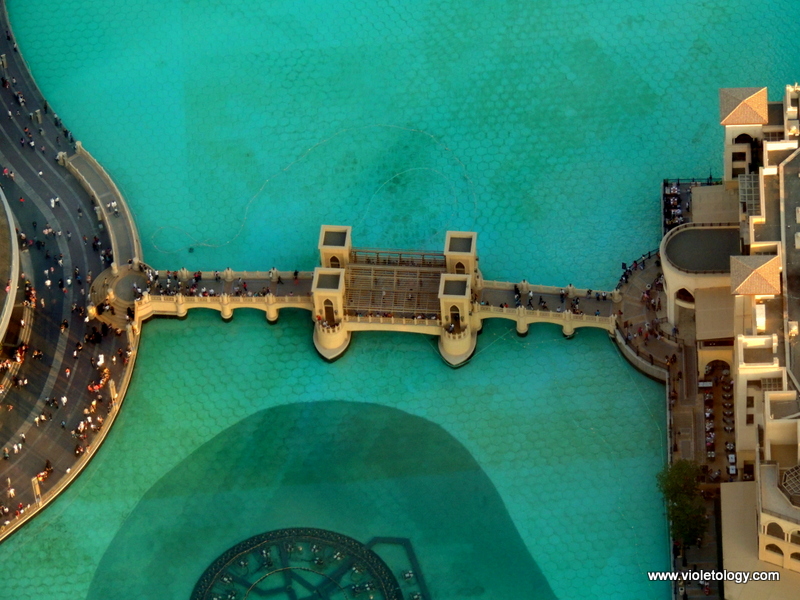 •  Tallest building in the world

•  Tallest free-standing structure in the world

•  Highest number of stories in the world

•  Highest occupied floor in the world

•  Elevator with the longest travel distance in the world

•  Tallest service elevator in the world

”More than just the world’s tallest building, Burj Khalifa is an unprecedented example of international cooperation, symbolic beacon of progress, and an emblem of the new, dynamic and prosperous Middle East.”

The magnificence of the structure itself is undeniable but the At The Top Tour could have been done better. For me, the excitement started and ended at the travelator. After that amazing virtual display of Middle Eastern history, everything else became dragging.

I expected the elevator ride to at least have a glass view to  make the ride thrilling. Unfortunately, we were cramped into a normal-looking, small-sized elevator and the only sign of you moving up is that little digital floor numbers ascending. The lights and music did nothing to add to the excitement.

The observation deck was more disappointing. Enclosed in a glass view, with no chairs or resting space to ”breathe in & savor being on top of the world”, wasn’t what I expected my 100 AED would get me.

I quote Tripadvisor LillyM, Still it’s actually a bit of an anti-climax because you behold this fascinating building from the outside but the view from the top is quite mediocre and is on-par with basically just your average skyscraper and I think it’s because you don’t actually get to go to the top and the 40 second elevator trip isn’t worth the hour waiting in queue… so it’s great from afar but the view up there isn’t all that great.

The telescopes or whatever supplementary devices to enhance the experience need to be paid for. The souvenir prices were as sky-high as the tower.

After 15 minutes, we completed walking round the deck, and had nothing else to do. It was wise that we bought tickets online and saved four times the cost of immediate-entry admission to a hype that was a bit disappointing.

It’s a tour worth going to… once. It’s still nice to have bragging rights to have been to the tallest tower in the world! 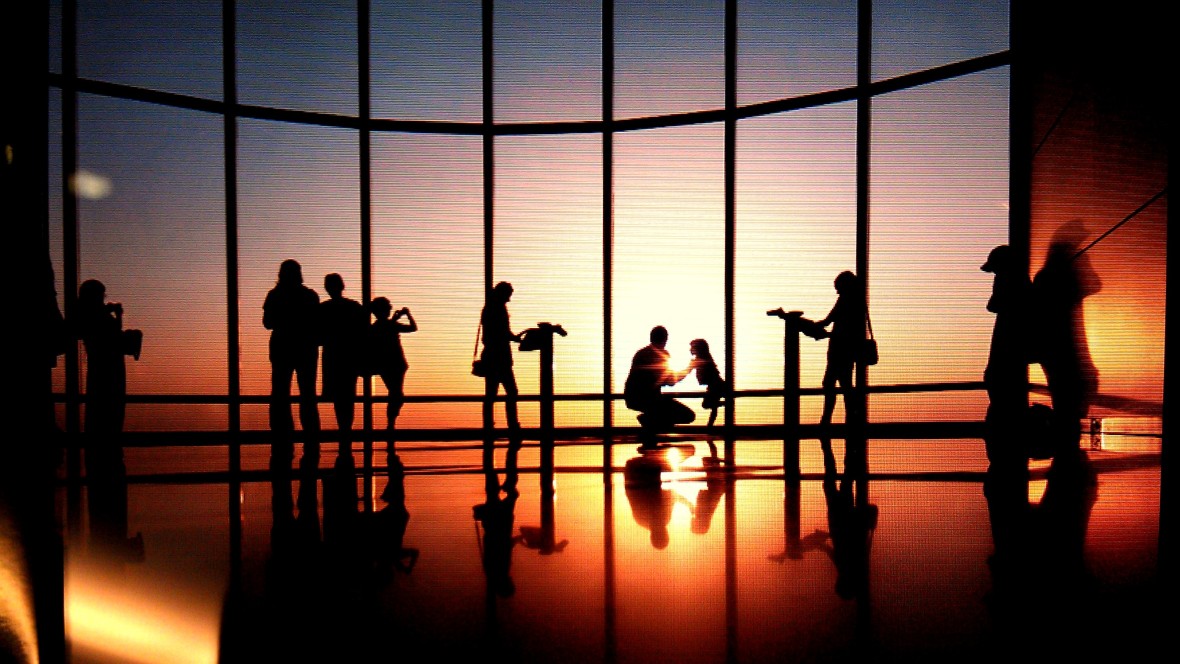 2 thoughts on “Burj Khalifa: Top of the World”