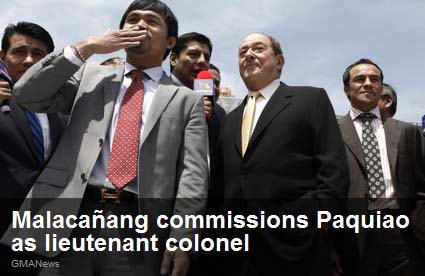 What was our armed forces thinking? Are we messing up our own military reserve history?

This is what Wikipedia has to say. Jimmy Doolittle became a national hero and received the Congressional Medal of Honor for leading an aircraft carrier-based bomber raid on Tokyo, Japan, on April 18th, 1942. The “Doolittle Raid” was the first attack on Japan by the U.S. in World War II, and occurred just four months after the Japanese had attacked Pearl Harbor. After his heroic displays of courage over Tokyo, President Franklin D. Roosevelt promoted Doolittle from lieutenant colonel to brigadier general — skipping the rank of colonel. Lieutenant-Colonel – USA.

As Lieutenant Colonel of the 1st Battalion, Royal Irish Regiment of the British Army, he is best known for his role in the Iraq War in 2003, and his inspirational eve-of-battle speech to his troops in Kuwait, a copy of which apparently hung in the White House’s Oval Office. Lieutenant-Colonel – Great Britain.

He was a courageous and charismatic Royal Artillery officer; he won an MC during the Italian campaign and later commanded 23 SAS. His regiment fought in the battle of El Alamein. He took part in the invasion of Sicily and the Italian campaign, including the bitter battles at Anzio and Monte Cassino. Lieutenant-Colonel – Italy. 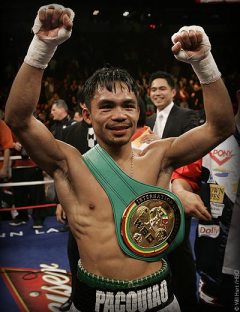 He is the first eight-division world champion; having won six world titles, as well as the first to win the lineal championship in four different weight classes. He was named “Fighter of the Decade” in 2000. He is also a three-time The Ring and BWAA “Fighter of the Year”. Currently, Pacquiao is the WBO Welterweight World Champion (Super Champion). He is also currently rated as the “number one” pound-for-pound best boxer in the world by most sporting news and boxing websites. Lieutenant-Colonel – Philippines.

”For earning the recognition as one of the world’s finest boxers, Malacañang has commissioned Sarangani congressman Emmanuel “Manny” Pacquiao as a lieutenant colonel in the military’s reserve force.”

Is Malacanang blind to the many soldiers who willingly put their lives on hold to defend, aid and protect our country? There are a lot of dedicated soldiers worthier of this rank.

Is the Armed Forces of the Philippines (AFP) jealous of the DPWH recent popularity that they have to come up with their own media-grabbing attention scheme?

There is a reason Pacquiao is well-decorated… in boxing. We don’t need to give him another belt intended for people in uniforms. What battallion in the army would he be incharge of? Manny Pacquiao is indeed bulletproof… in the ring.

He is best fighting topless.

6 thoughts on “Pacquiao as Lieutenant Colonel”