It was our last day in Bangkok and my husband had work to do.

I didn’t want to be stuck in a hotel room but I was also a bit wary of going out alone. Not that I was scared, but because no one would take pictures of me, said my narcissistic side.

As if heaven heard my woes, a bright light shone from above and tadaaa my cousin Maribeth, whom I have not seen for years appeared early in the morning to be my friend of the day.

Kindness arrived in a bright green taxi. Anan, our tour driver-guide, presented me with a Nikon digital camera to borrow for the day (because forgetful-me left her camera at home). It was a wonderful start!

Entering the gate of historical wonders… 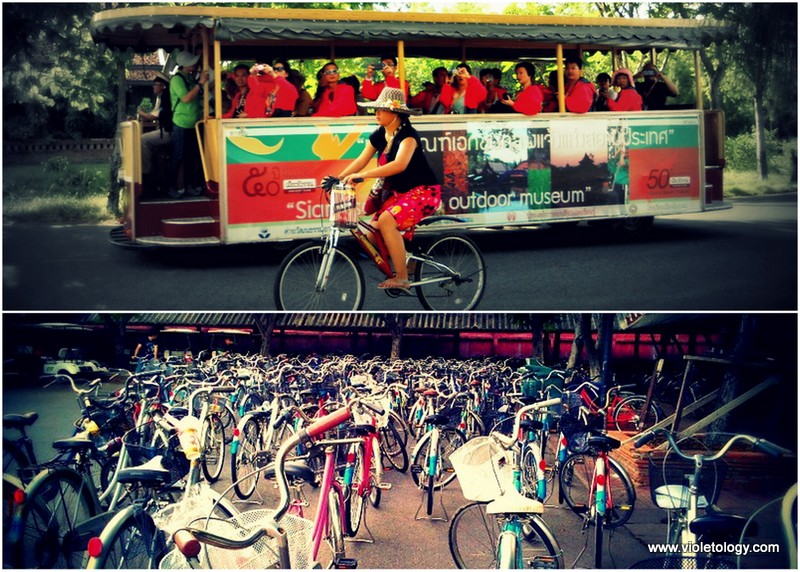 I think we sat inside the wrong shuttle. The tour guide was speaking in Thai the entire time, thinking we were Thai as well.

Ancient Siam (formerly known as Ancient City) is a park constructed under the patronage of Lek Viriyaphant and spreading over 200 acres in the shape of Thailand. 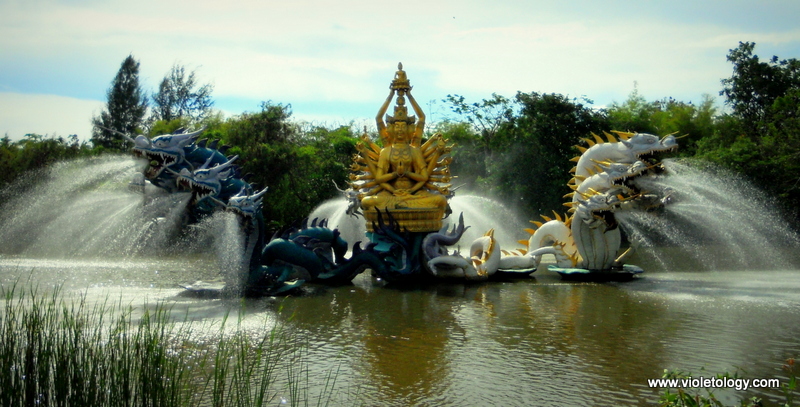 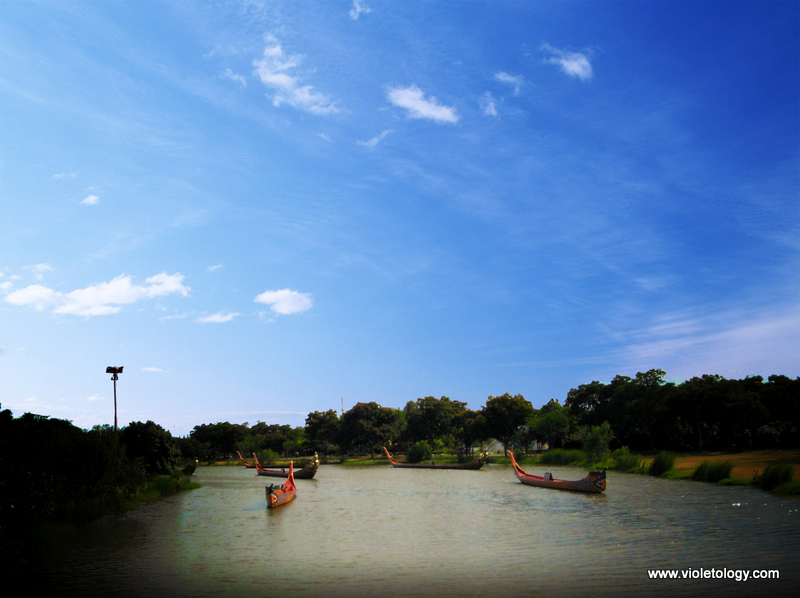 The grounds of Ancient Siam correspond roughly to the shape of the Kingdom, with each of the monuments lying at their correct places geographically. 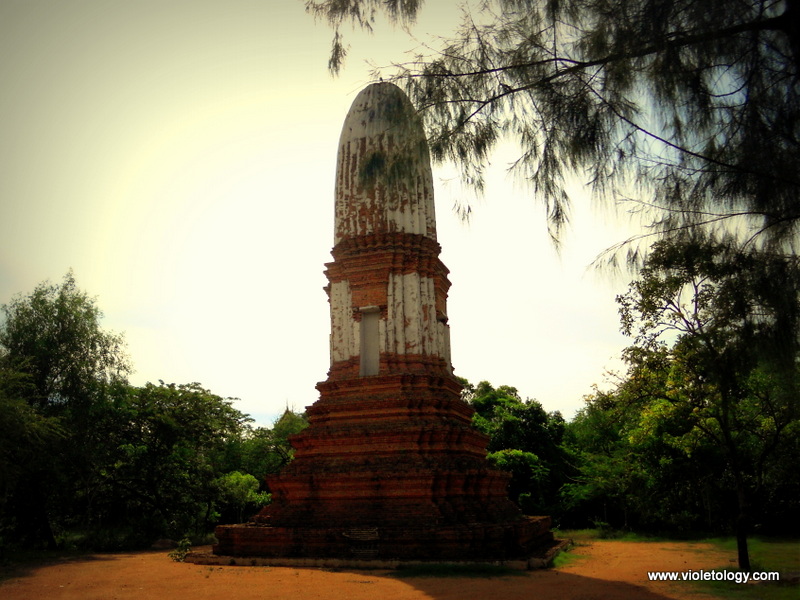 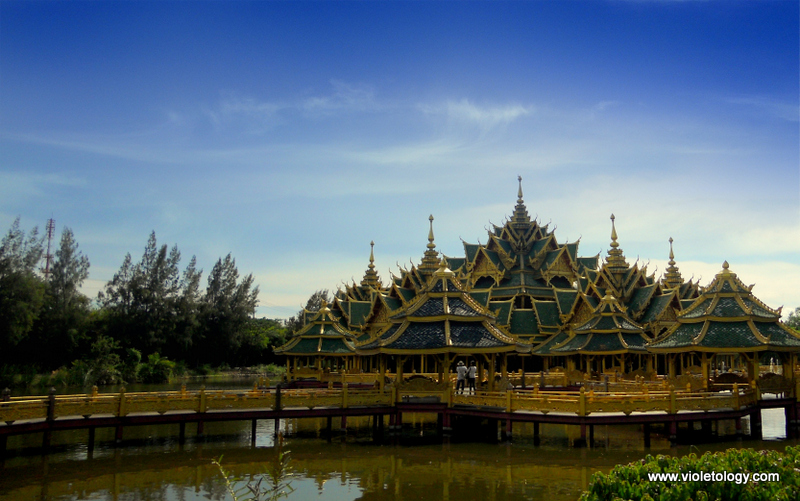 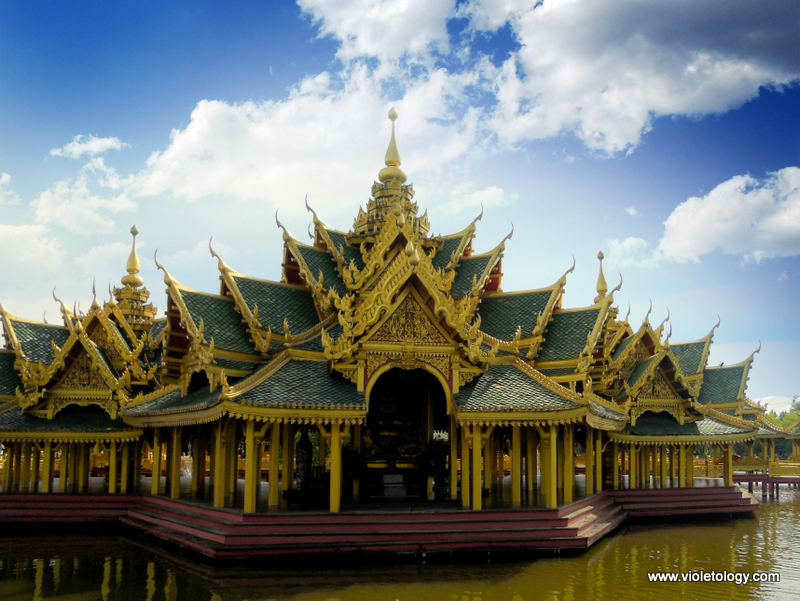 Some of the buildings are life-size replicas of existing or former sites, while others are scaled down. 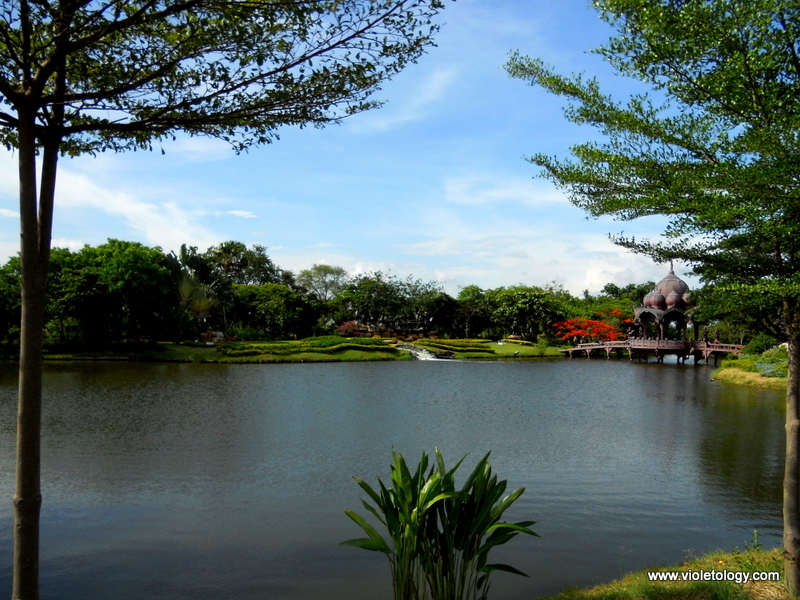 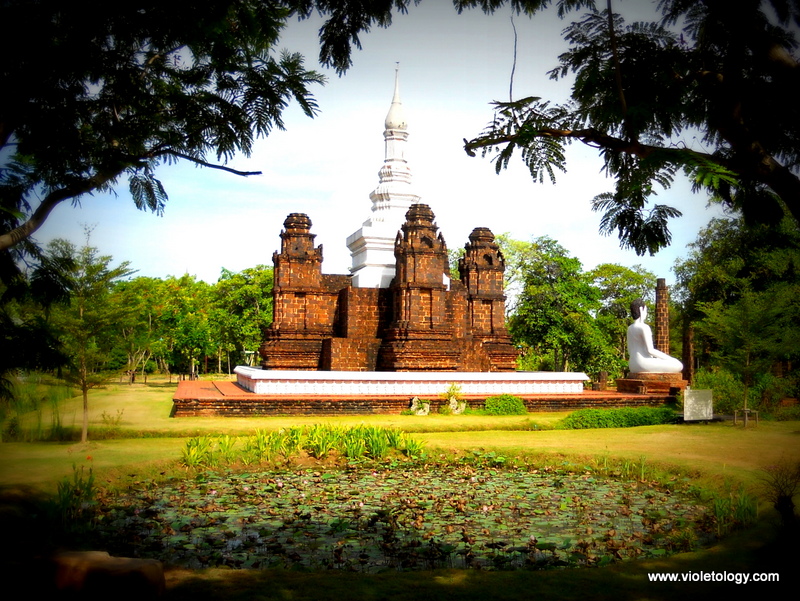 On top of a high mountain was some intriguing castle-like ruins.

The shuttle stopped at the foot of the mountain and we all got out to climb the stairway to heaven.

It was like an oven that afternoon but the splendor around me overpowered the heat of the day. 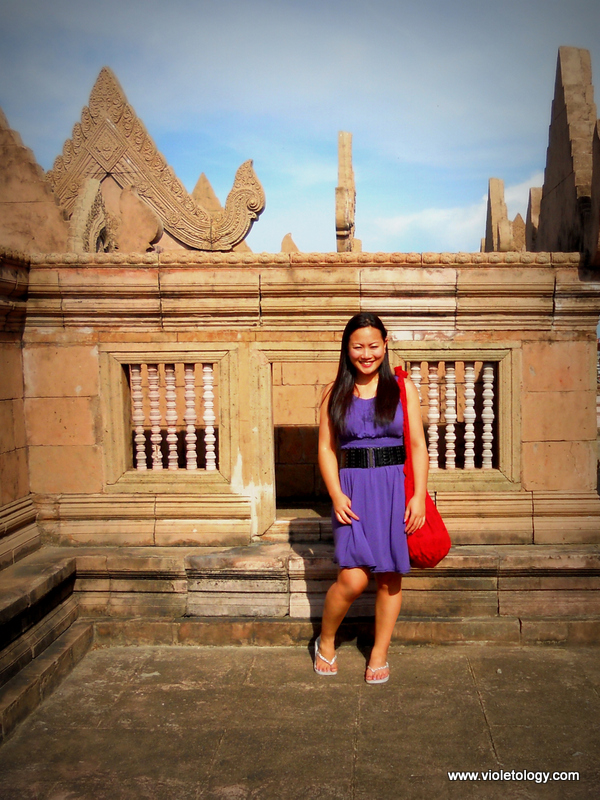 The spectacular view from the top…