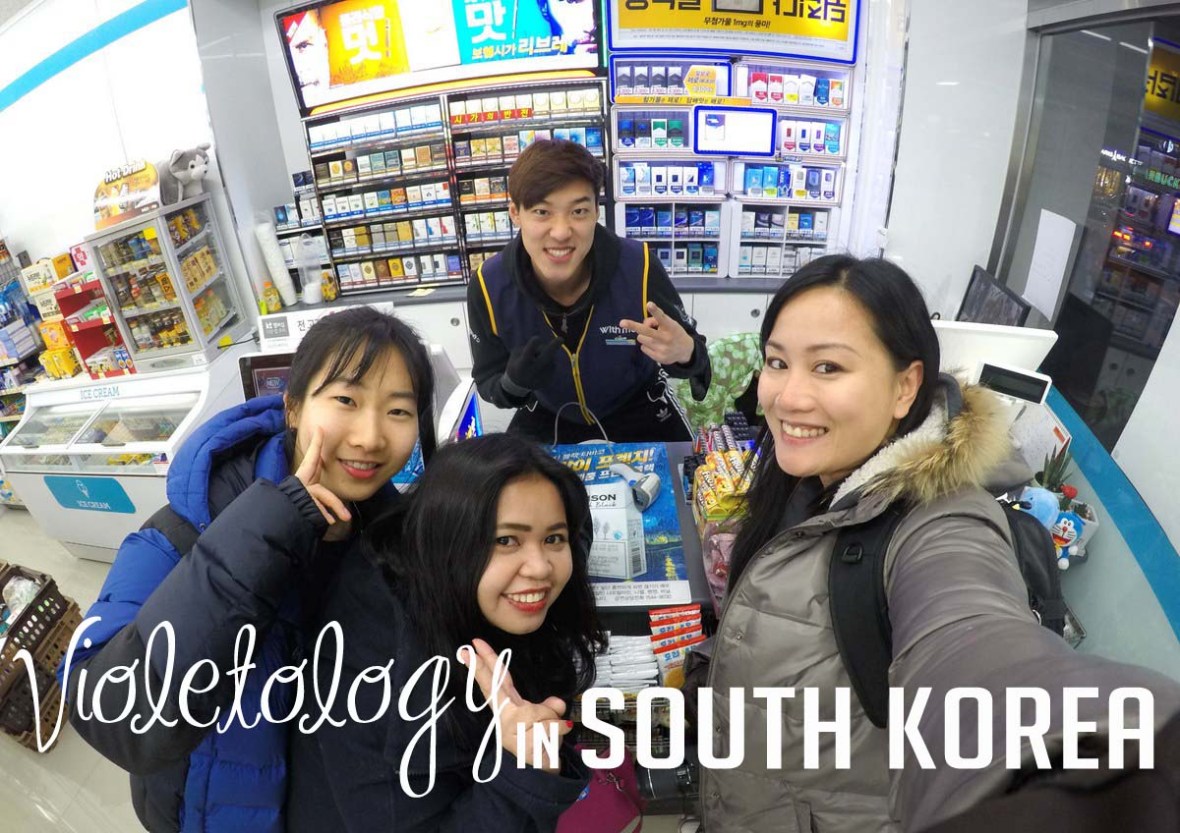 One of the benefits of travelling solo is the freedom to make (or not to make) new friends along the way. When I was younger, I was eager to build new connections. But as I grew older, I learned to screen and filter my friend list.

I was in an anti-social mode when I arrived in South Korea. I spent 2 weeks in Wow Hills Guest House, where people came and went.

I was happy living in my own little corner, minding my business, when 2 roommates barged into my bubble and unexpectedly added more spice to my Seoul experience.

Lhyza was a fellow Filipino visiting from Australia and Hyeri was a Korean student preparing for art university. Both were younger than me and their contagious laughter drowned away my desire for solitude.

It was funny how the friendship all started. The first day I met Lhyza:

Lhyza: Have you seen the guy in the convenience store?
Me: Not yet.
Lhyza: He’s so kind and gwapo (good-looking)!

In just a few seconds, we were both in our winter coats, walking down the hill to the store. We pretended to buy something just so I can confirm her theory.

The next night, Hyeri arrived in our room and cheerfully helped us order in chicken for midnight snacks –  the best chicken I ever tasted!

The Filipino in Lhyza and me couldn’t eat this without rice. We both looked at each other and blurted out at the same time, “Hyeri, have you seen the guy in the convenience store?”

So in the middle of a dark night, three crazy women struggled through the cold and walked down the hill to “buy rice”.

Every night from then on, we would think of something we “needed” and happily visited that With Me Convenience Store. 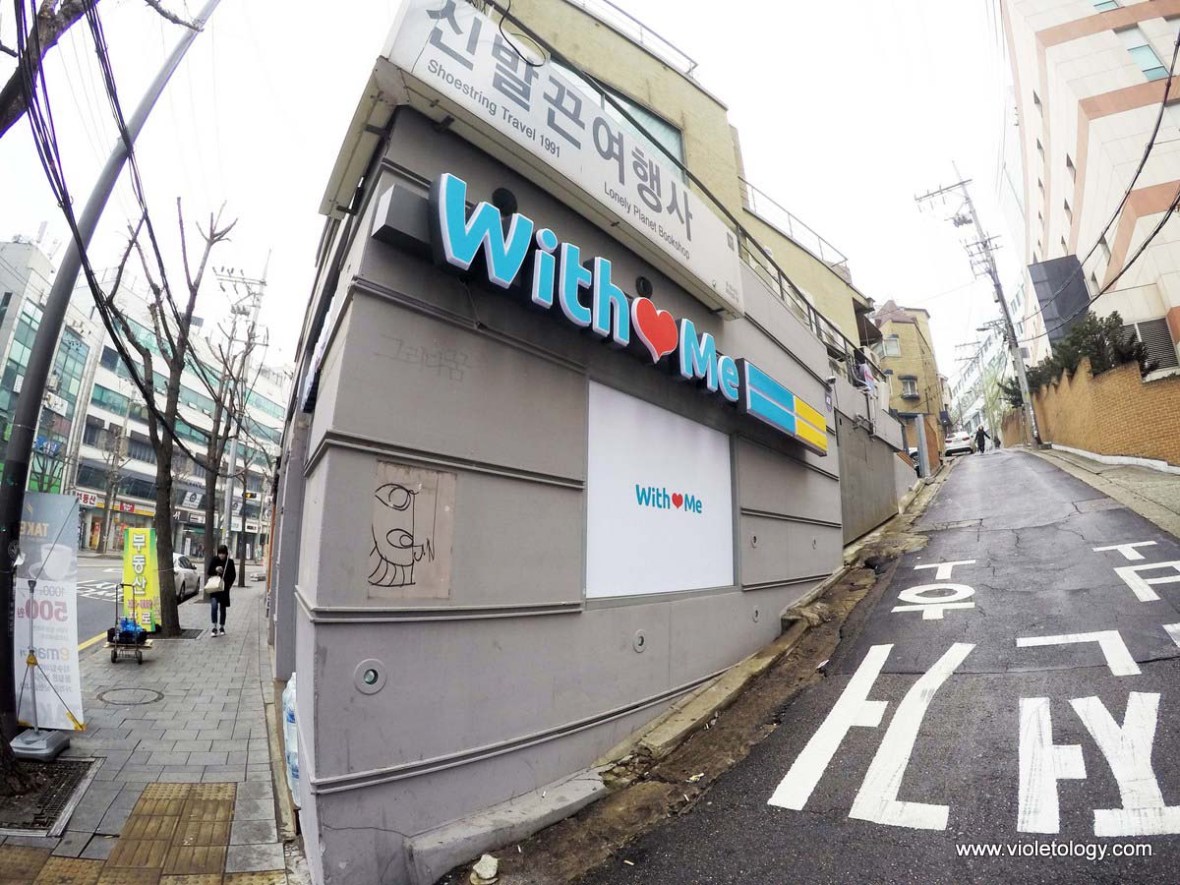 On our last night together, we finally had the courage to take a photo with him. I’m sure he noticed our pretentious shopping, but he remained friendly and accommodating to us all the time.

After this photo, my two friends would not hesitate to remind me that I am already married. Haha. 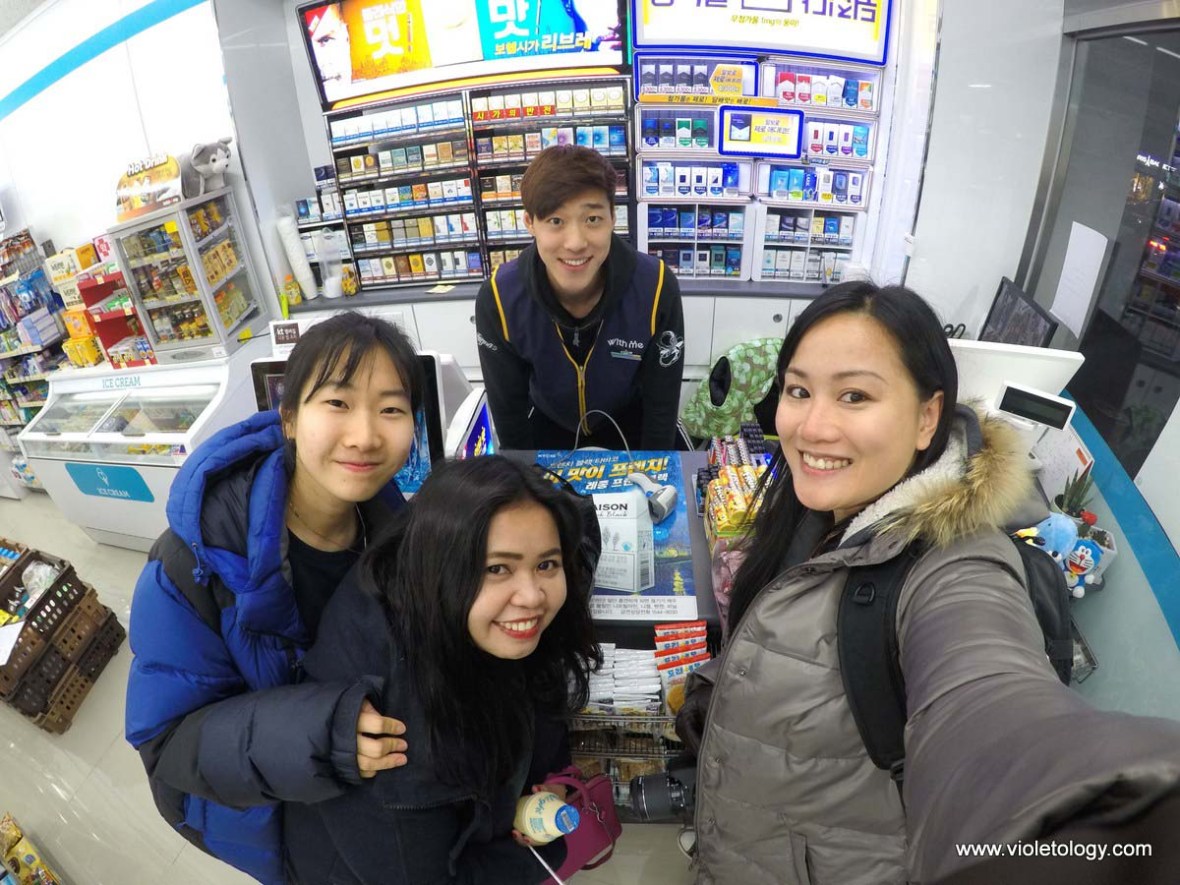 Visiting the store together in the middle of the night became our ritual until, one after the other, we departed from the guesthouse.

I was the last one to leave the city and in my last days, I ran out of things I pretended I needed to buy. But I felt I had to carry out the task until the end – in memory of my new friends.

But it was not really the handsome guy that made this friendship special. It was the late-night meals we shared, the encouraging words we received from each other and the many talks we had while walking down to that store.

We are still connected until today and every time I receive a notification from our group chat named Korea With ❤ Me, I feel the rush of joy walking down that hill again.

3 thoughts on “South Korea: 3 Women and the Guy in the Convenience Store”