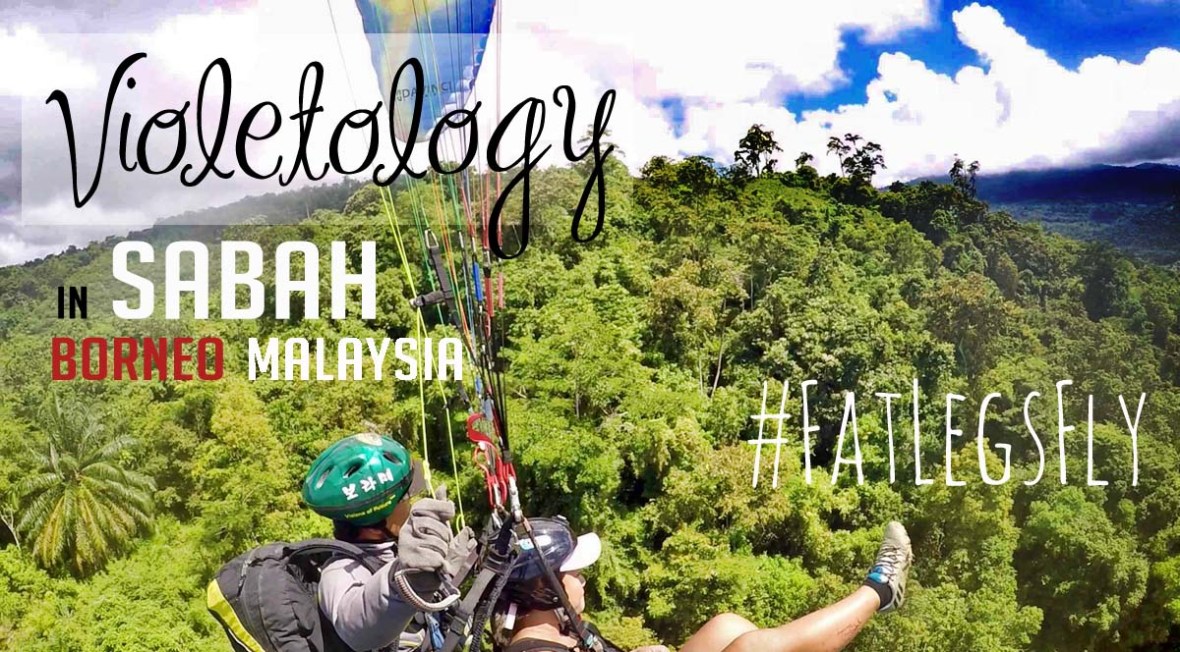 Flying in Keningau is gearing up in the morning, waiting for the good winds, then flying all you can before the rain falls in the afternoon. 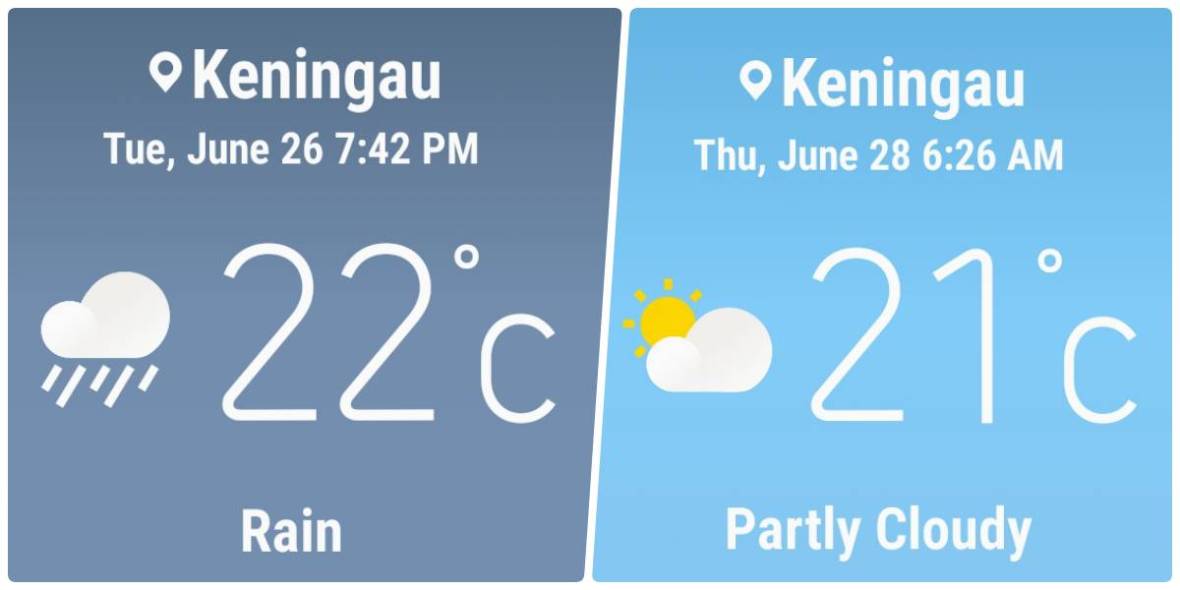 For a newbie like me, it was nice and educational to watch Azizan and Pyro fly. It was like watching a show by South Korea and Borneo. Haha.

As they tested different landing zones, I felt their passion for flying. It energized me and made me feel happy and sad at the same time. Happy, because I found something worth waking up to and sad, because my body and brains are too tired to keep up with the excitement. 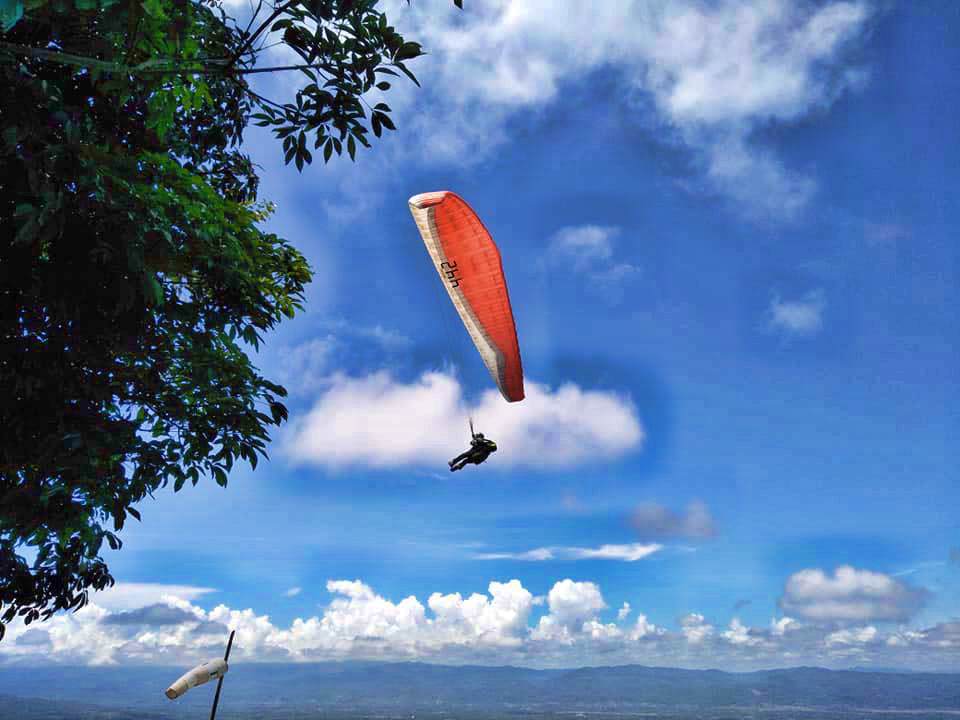 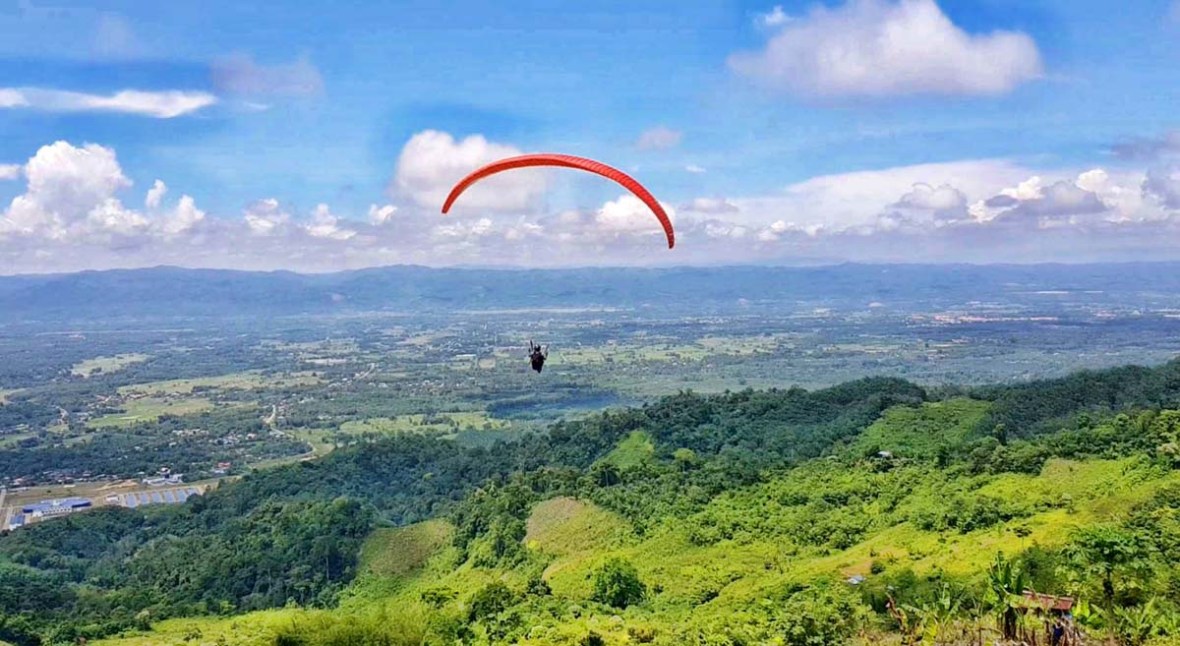 Before any solo flight in a new place, Pyro would take me for a tandem flight. On flights like these, he would point out important landmarks, show me wind direction and give me a long (now boring) lecture about safety. 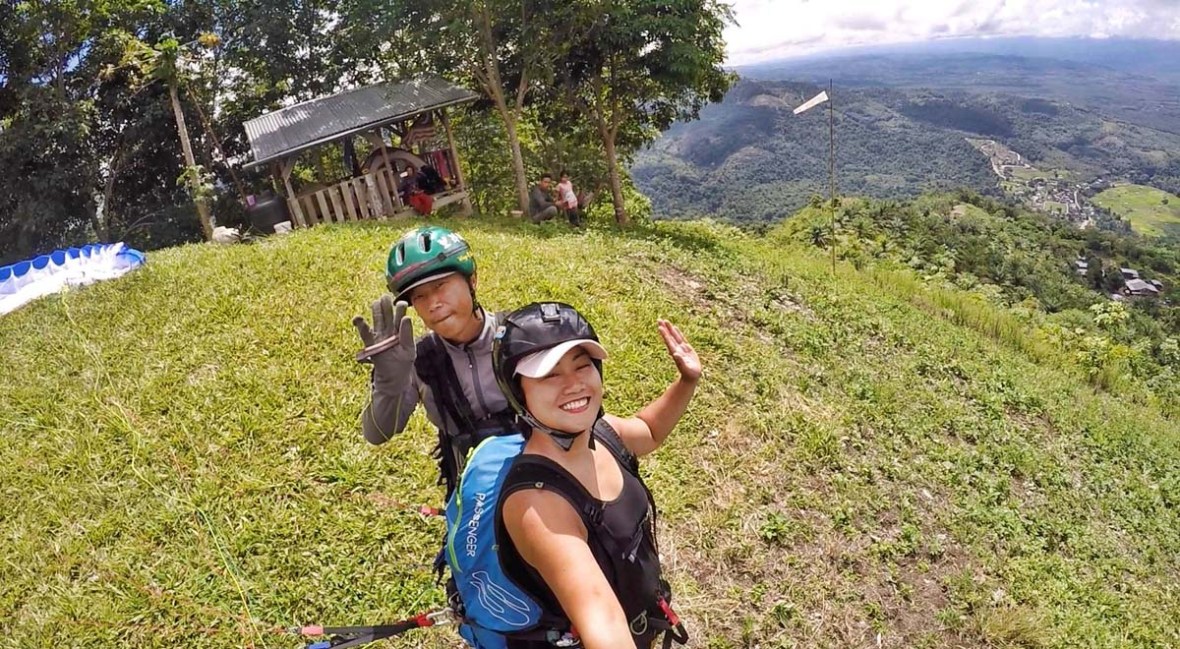 The view from the sky was refreshing! I wanted to breathe all the greenery and store it in my lungs.

On our first flight, we landed in a high-security facility. Upon touchdown we were instantly surrounded by men with radios. But they weren’t scary at all. They even took pictures of us before escorting us out of the premises.

I love the kindness of these people! 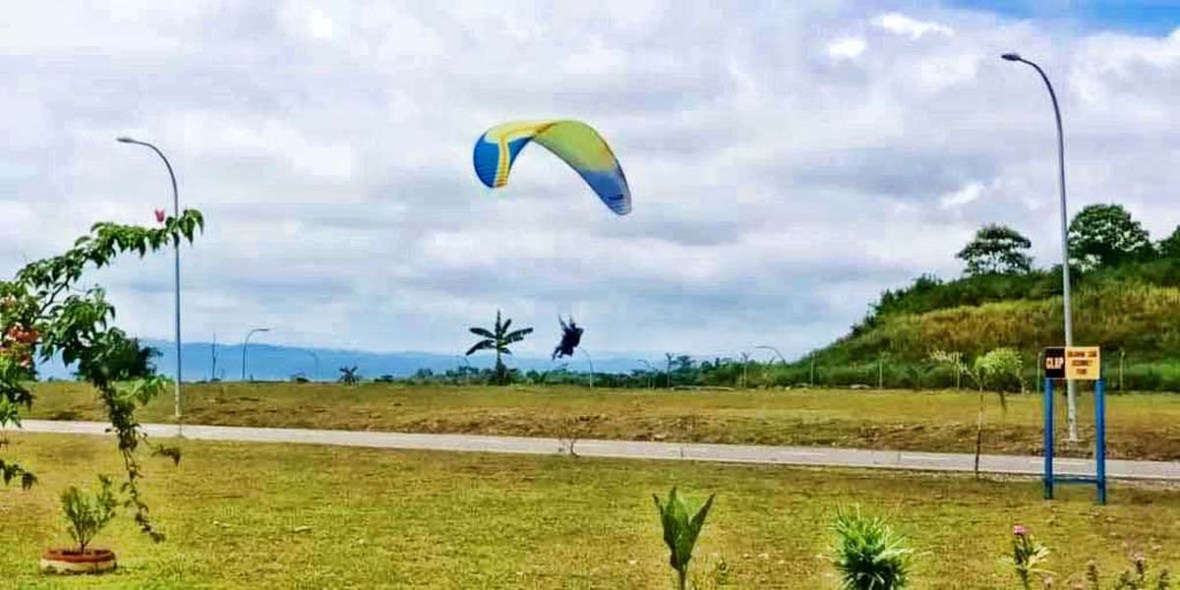 Many times we have tried convincing Jaidi to fly but he would always shake his head in terror and say, “no, no, no!” So on our last day, he “sacrificed” his son instead. Haha.

Syahrede was brave enough to try something new, even if it scared his dad.

He was a bit nervous at first, but look at that smile afterwards!

I wish he becomes a paragliding pilot one day. How convenient it will be for him since he lives in (and owns) the take-off land.

Now this had me thinking, should I go and buy a mountain too? 😛