Etihad Airways welcomed Boeing’s 787 Dreamliner to Abu Dhabi Airport on the first week of June. It was the revolutionary composite aircraft’s first visit to the UAE capital. 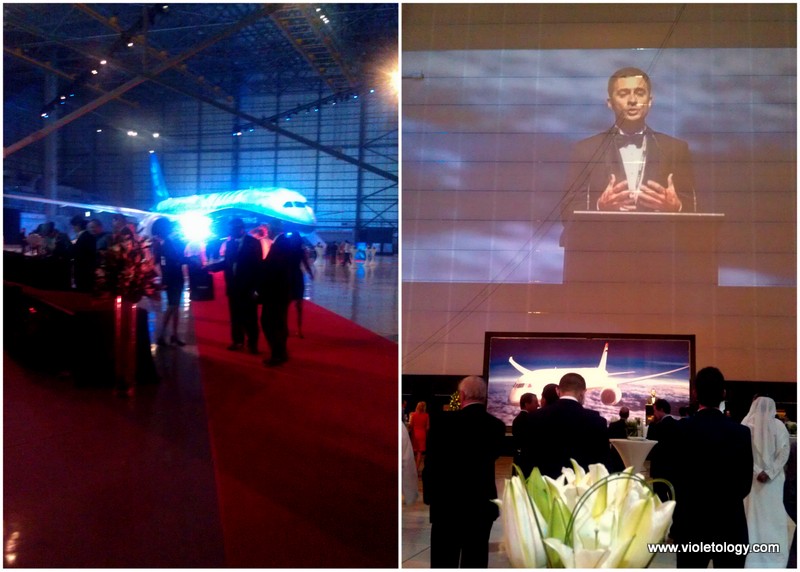 Flight BOE787 landed at 7.05pm on a Wednesday night and was greeted by a traditional water canon salute on arrival.

Last December, Etihad Airways announced it was buying 10 more Boeing 787-9 Dreamliners, taking its total order to 41, and making it the largest operator of the aircraft type in the world. 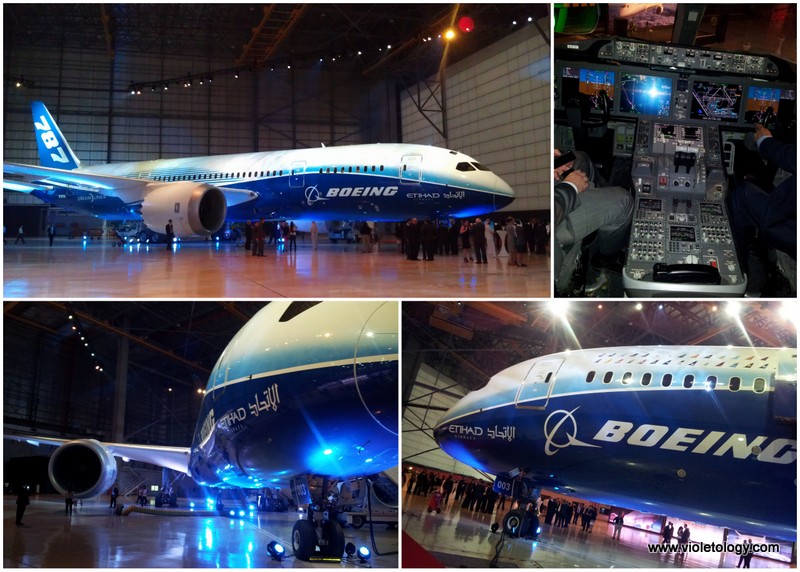 Responding to the overwhelming preference of airlines around the world, Boeing Commercial Airplanes’ launched the 787 Dreamliner, a super-efficient airplane.

Passengers will also see improvements on the 787 Dreamliner, from an interior environment with higher humidity to increased comfort and convenience. 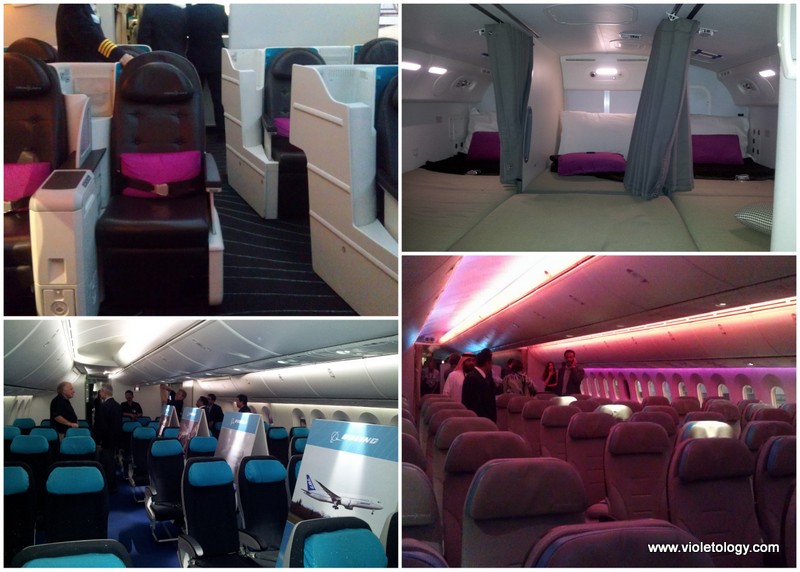 It was a new experience for me being invited to this exclusive gala. But you know me, I was really there for these… *wink* 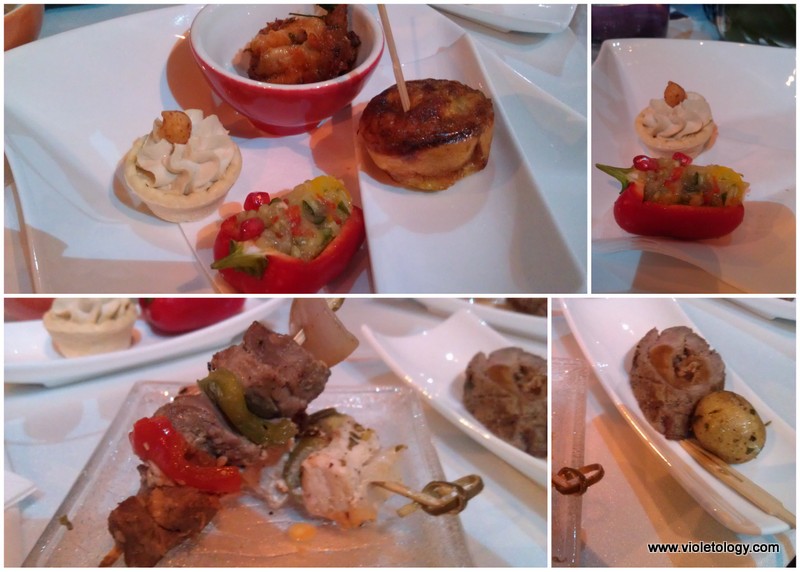 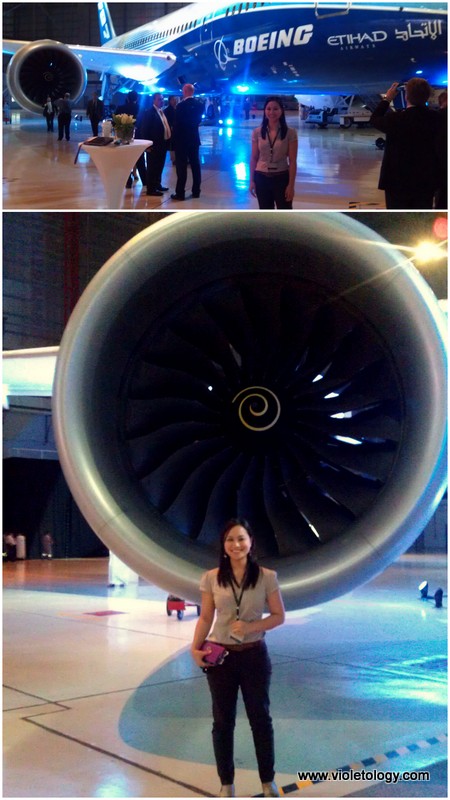 From good to great! Fly Etihad!

2 thoughts on “Boeing 787 Dreamliner Touches Down in Abu Dhabi”