Once upon a time I was broke.

All I had in my backpack was a ticket to any Etihad destination in the world and 2 weeks of forced-annual leave from work.

I had time, I had tickets and my husband got the money. Haha. Seriously, we were both bankrupt from my recent surgery and my mom’s visit, both of which I do not regret. But thanks to days of moving budgets around, a helpful friend and the Abu Dhabi court that cleared my husband’s passport for travel, God made everything fall into place and opened a window of opportunity for us.

When I was a little kid, my summer vacations were always of mud and mountains. I remember cutting a picture of a couple in a beautiful white-sand beach from a magazine and pasting it on my prayer journal. I scribbled ”Goal: Travel the world – ride an airplane, beach for vacation.”

I was a young child then, who never set foot on a beach, and my dreams were like the skies to a small ant.

Through the years, I have learned the secret of achieving goals in life: Commit to the LORD whatever you do, and your plans will succeed (Proverbs 16:3).

Maldives was one of the few countries that had visa on arrival for both me and my husband. It has been rated as one of the most expensive holiday destinations, but I believe that the real glamour of travel is simplicity.

Our goal for this trip is to explore Maldives with the least cost as possible. I’ve always been a backpacker so this is easy for me. The real challenge is for this man, who shrieks at the sight of any moving insect.

Ahhh, the joy of marriage! Haha. 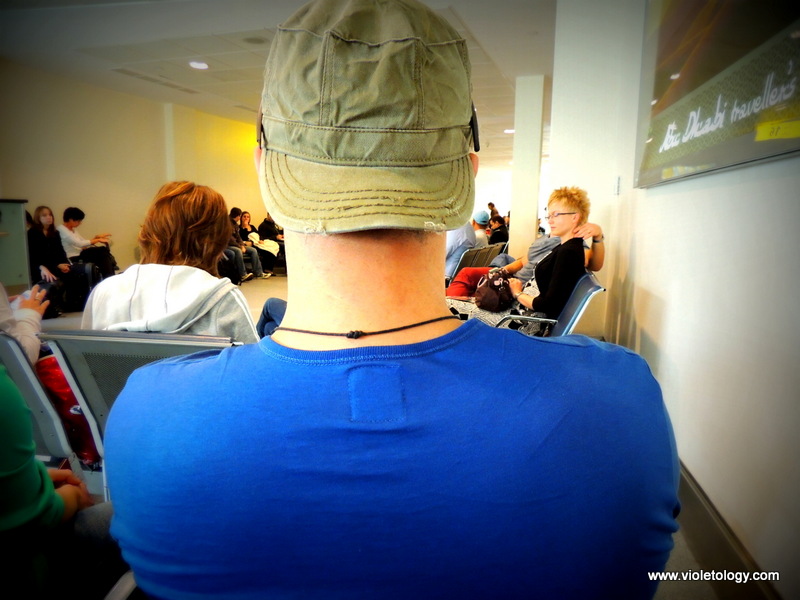 We left Abu Dhabi, early Wednesday morning. The flight was uneventful. The food was nothing special.

The only nice thing is the feeling I got seeing all our planes lined up, recognizing each plane according to their fleet types and MSN codes. For a moment I turned into a geek, explaining to my husband the difference of a single-engine vs a double-engine airplane, an Airbus vs a Boeing. Occupational Hazard. 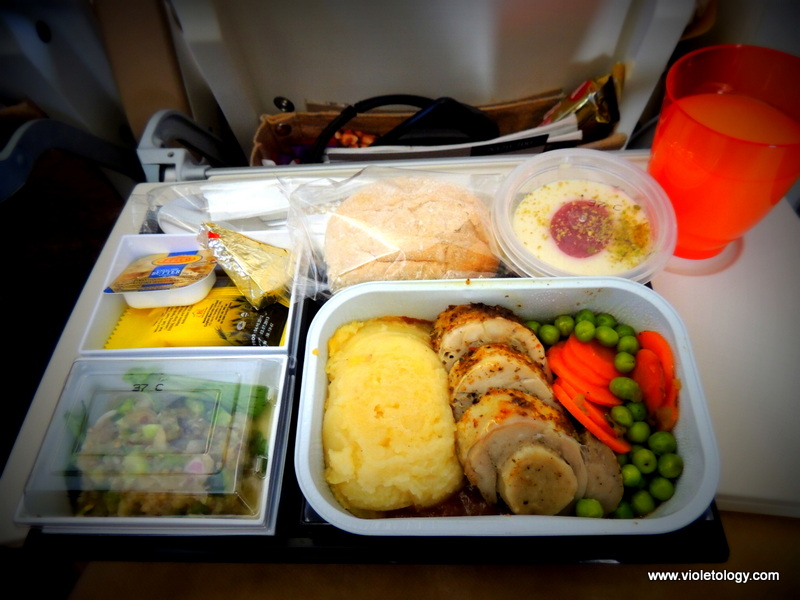 After 4 hours of watching Modern Family, Big Bang Theory and a movie that starred Zac Efron, we finally arrived in Malé International Airport. 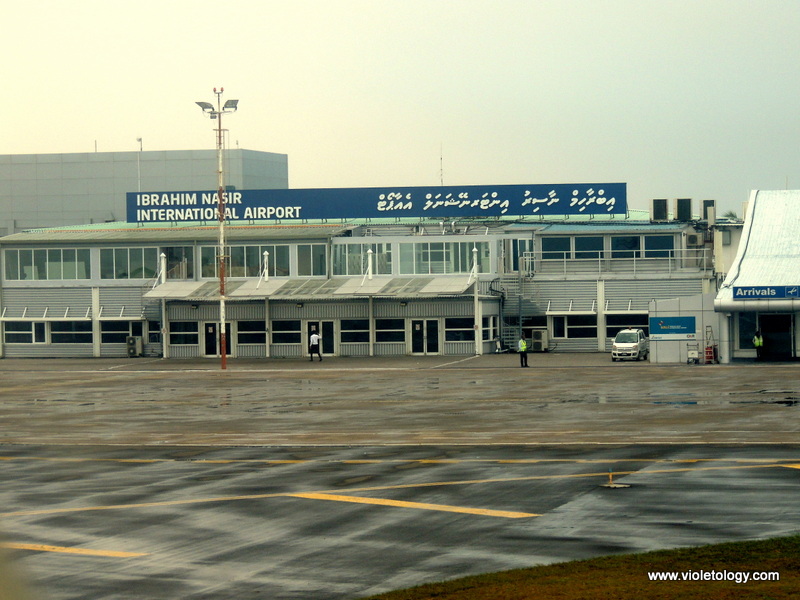 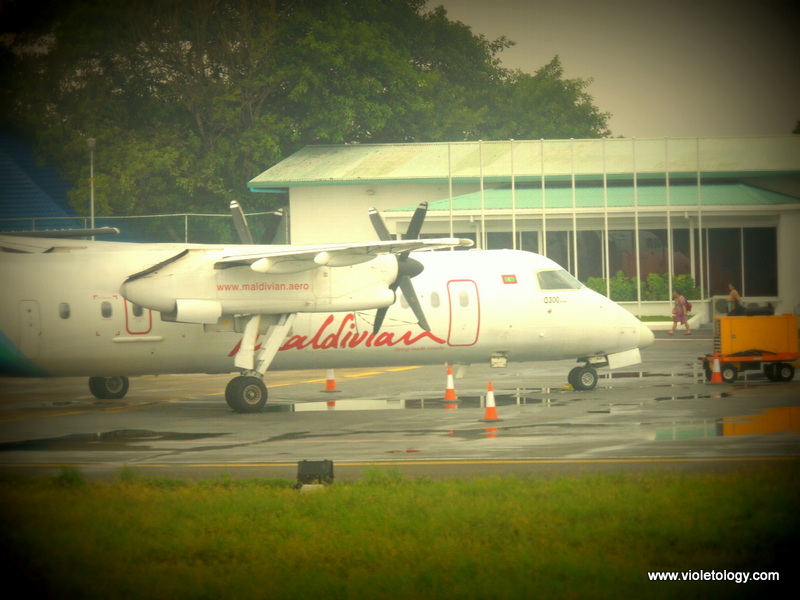 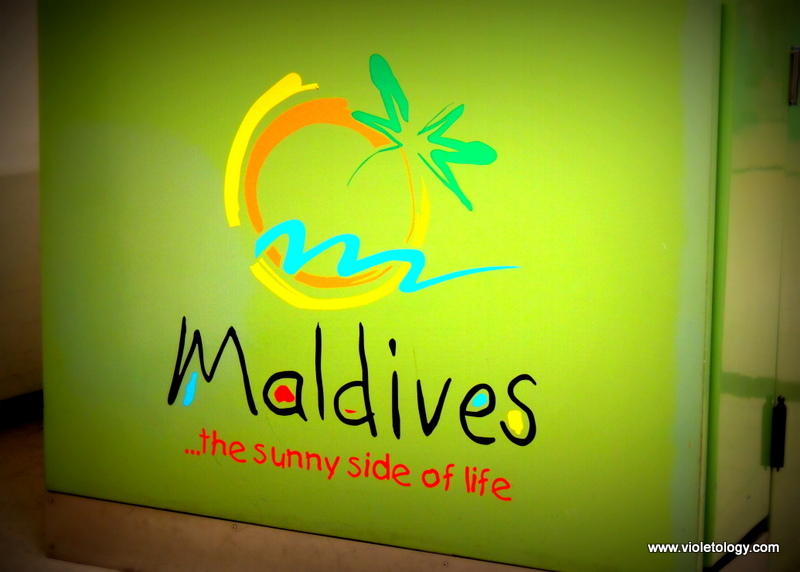 It’s a small airport that reminded me of domestic airports in the Philippines. 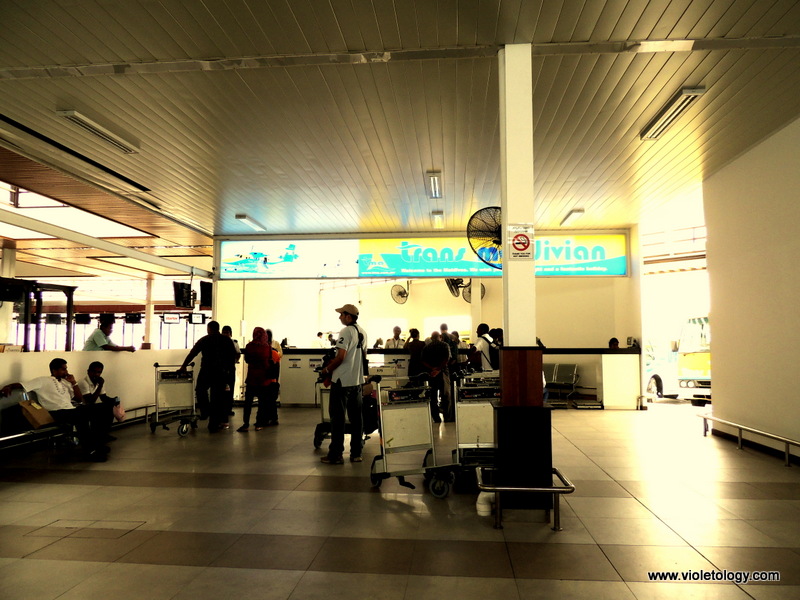 We opted out of the expensive airport transfers and chose to ride the public transport instead.

The modern backpacker waiting for the bus…

We were the only travelers who climbed up the old rickety bus, people looked at us curiously but once we boarded and I couldn’t find a place to sit, they opened up a space and motioned for me to take a seat. This was my first experience of local hospitality.

Not everyone can speak English but they smile so brightly.

We got dropped off in a place where we were supposed to take a taxi to our hotel. The streets were empty with no taxis passing by. This man from the bus didn’t know how to speak English but lingered carrying his heavy load, waited with us until a taxi arrived.

It was hot and humid and we arrived at our hotel which was deserted (story in previous post).

Disappointments are God’s tools in leading us to better paths.

2 thoughts on “My Maldives Story”