Malacca’s abundance of breathtaking sights and rich heritage fueled our last leg of the tour.

After a quick snapshot at the entrance of the Maritime Museum (Muzium Samudera Fasa Satu), we drove to our next destination.

The Melaka Straits Mosque (Masjid Selat Melaka) is known as Malacca’s floating mosque as it is built on stilts above the sea.

“It was officially opened by Malaysia’s King on 24th November 2006. It is constructed with modern Islamic design and craftsmanship.” 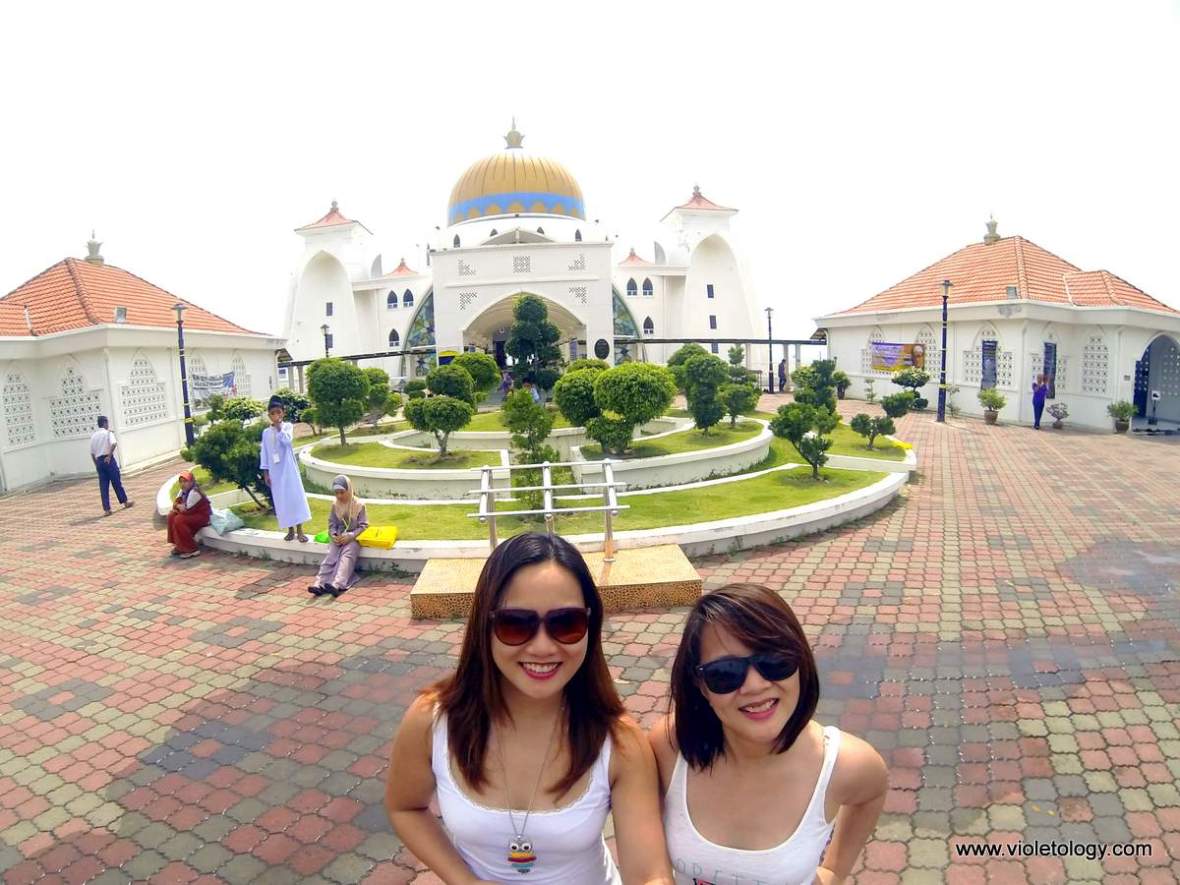 “While the main dome is Middle Eastern in appearance, the four corner turrets are topped with typical Malaysian rooflines.”

“The minaret also has a striking and unusual design. It is an attractive building that has already become popular with photographers.” 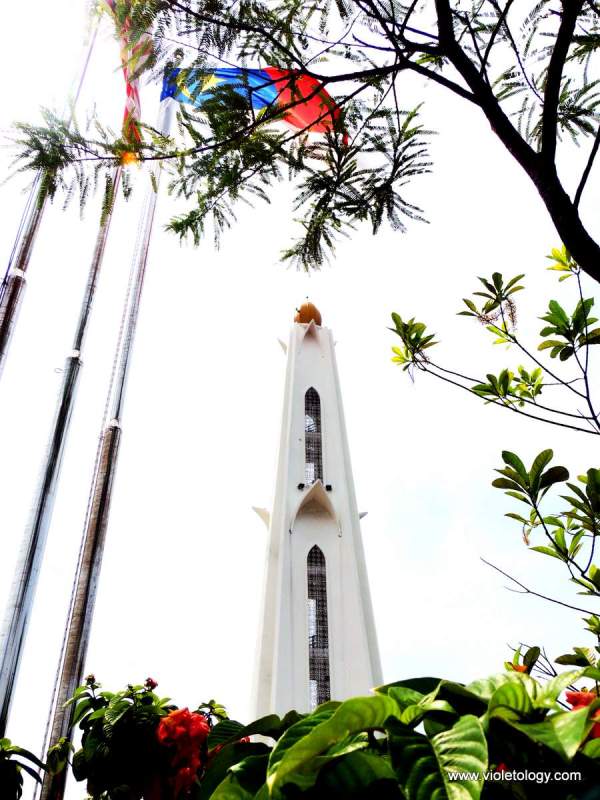 Our tour’s final stop was at Villa Sentosa located in Kampung Morten, on the banks of the Melaka River. 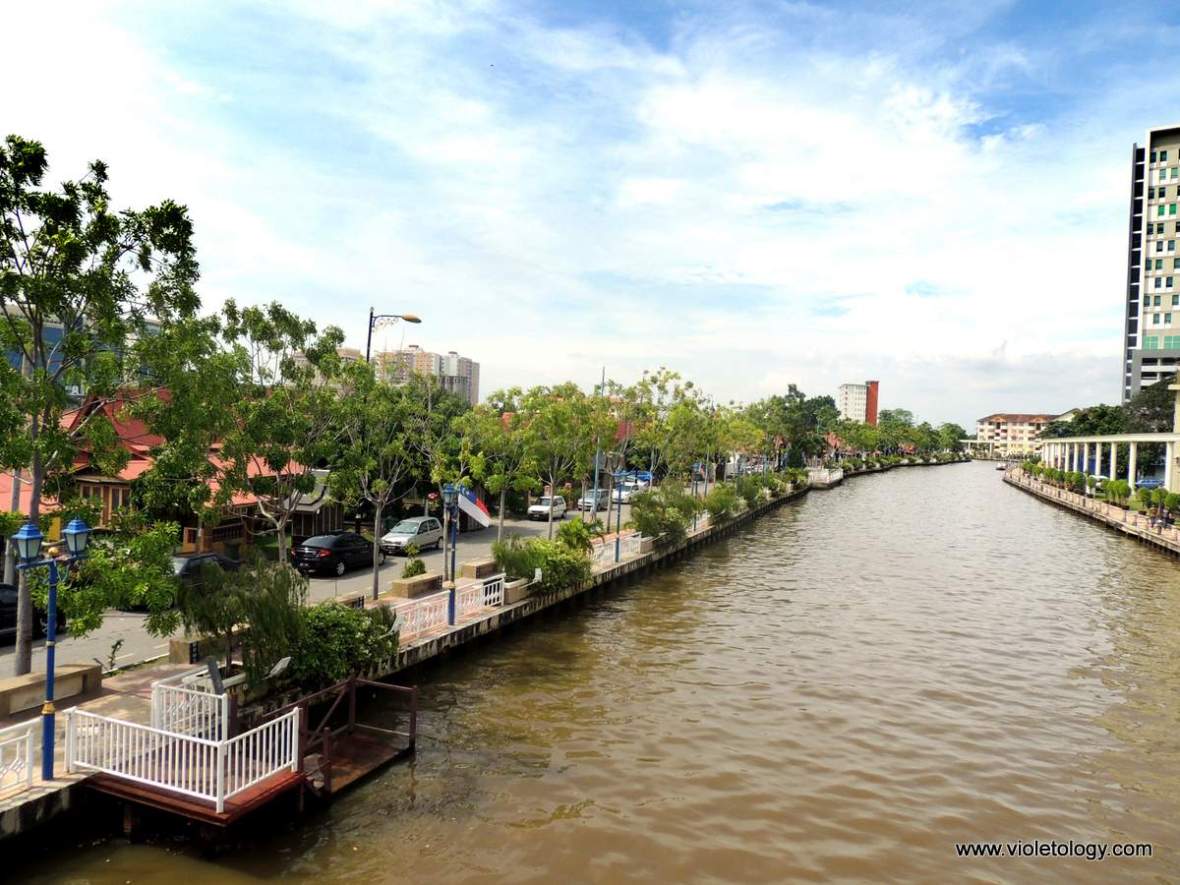 Daddy Guna left us to explore the community by ourselves. The sun was blazing hot and we didn’t want to torture the old man by making him wait while we did all these… 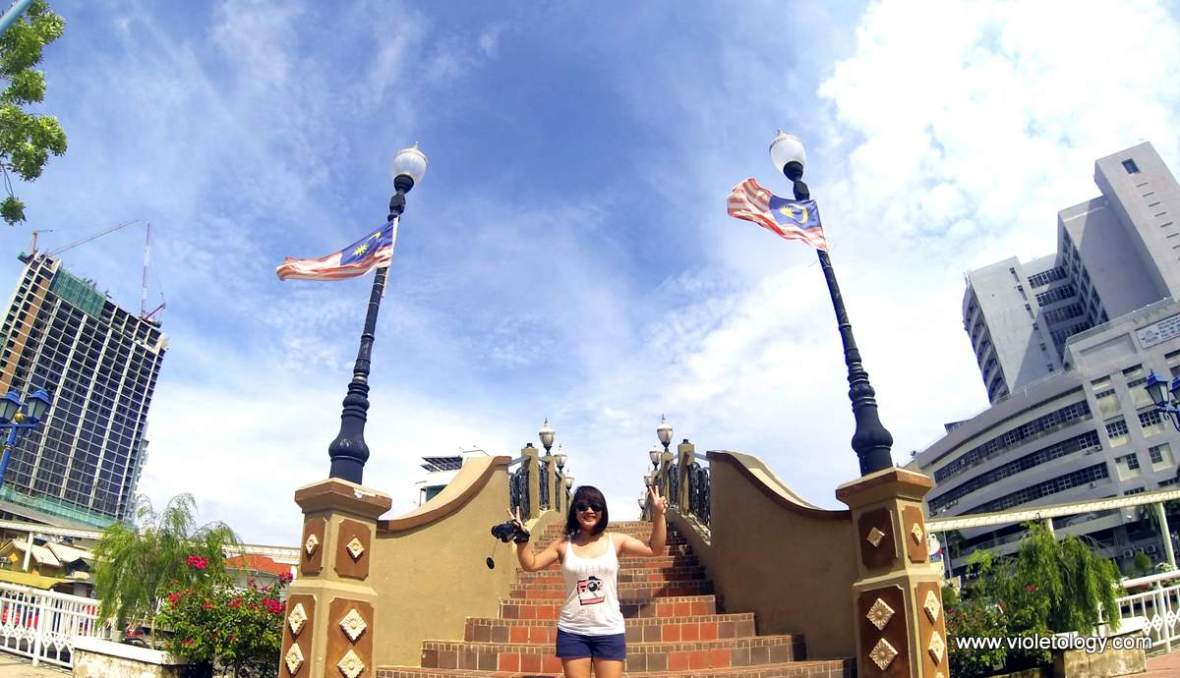 “Kampung Morten, a village of traditional Malay houses, was named after the British colonial administrator responsible for resettling the villagers to this spot in the 1920.”

Crossing the bridge to get to the houses.

“Villa Sentosa is a little known tourist attraction in Melaka as it is not an official museum maintained by the State Government. It is the only Malay village in the heart of Malacca City.” 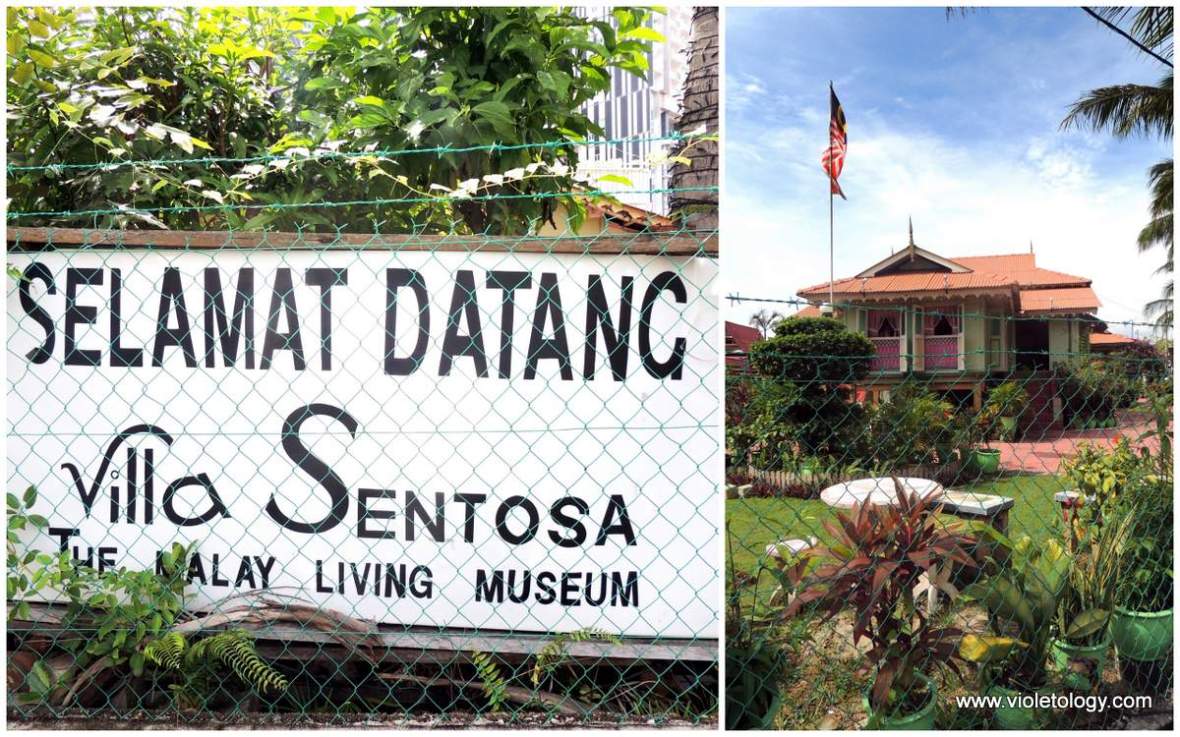 “It is also known as the Malay Living Museum as it exhibits the typical lifestyle of a rich Malaysian family in the early 20th century.”

“The owner would provide you with a guided tour around the house and share some history and story about how his late father built the house.” 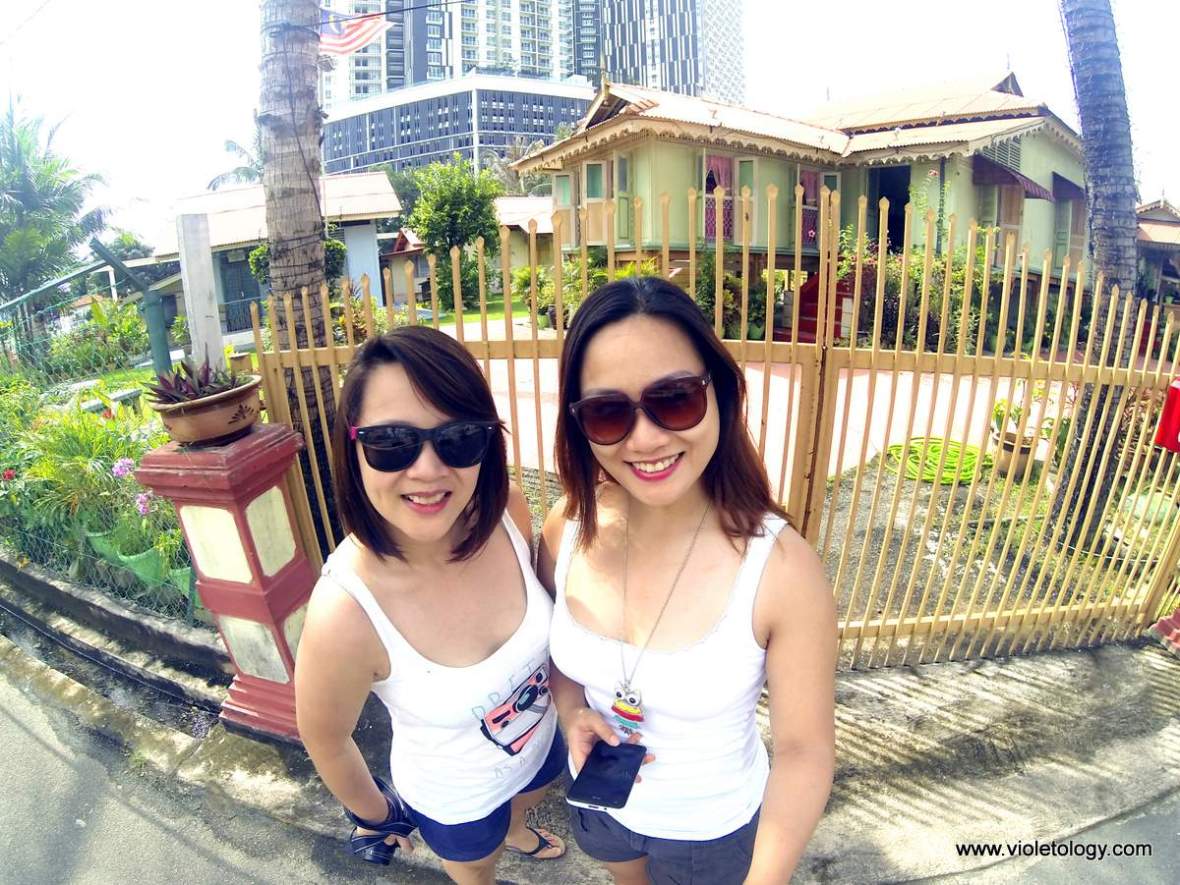 We didn’t know that the entrance was free and that the owner is known far and wide for his hospitality. We took photos from outside the gate and wired fences.

“One of the interesting facts about Villa Sentosa is that this traditional Malay house was constructed without using a single nail.”

“Inside the house, nothing much has changed since 1920s, not even the cups, saucers and glasses used to serve drinks. It’s like time has frozen since 1920.”

I wish we had seen the insides of these genuine Kampung homes like others did. 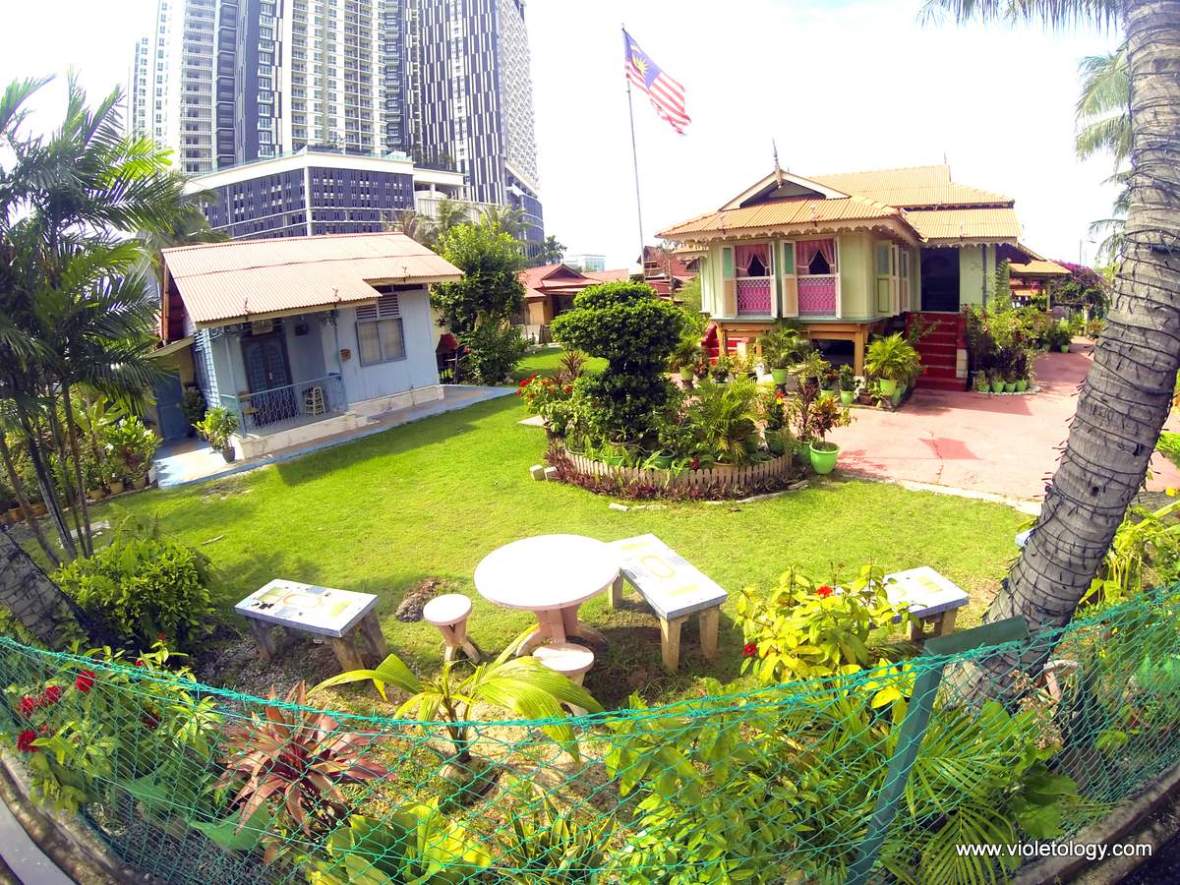 We continued to walk around the compound and found this!

The miniature houses were so detailed. 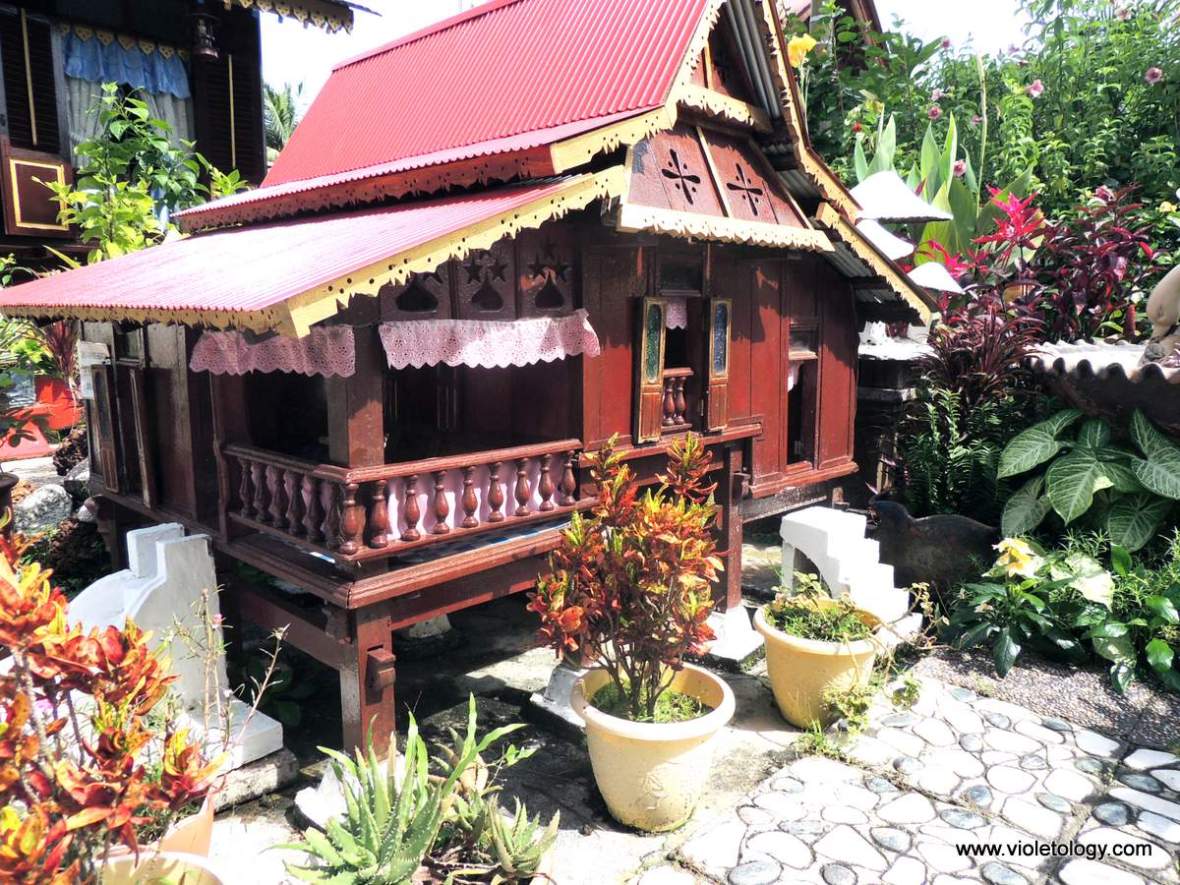 I was transported back in time with the smell of wood and shameless mix of colors. 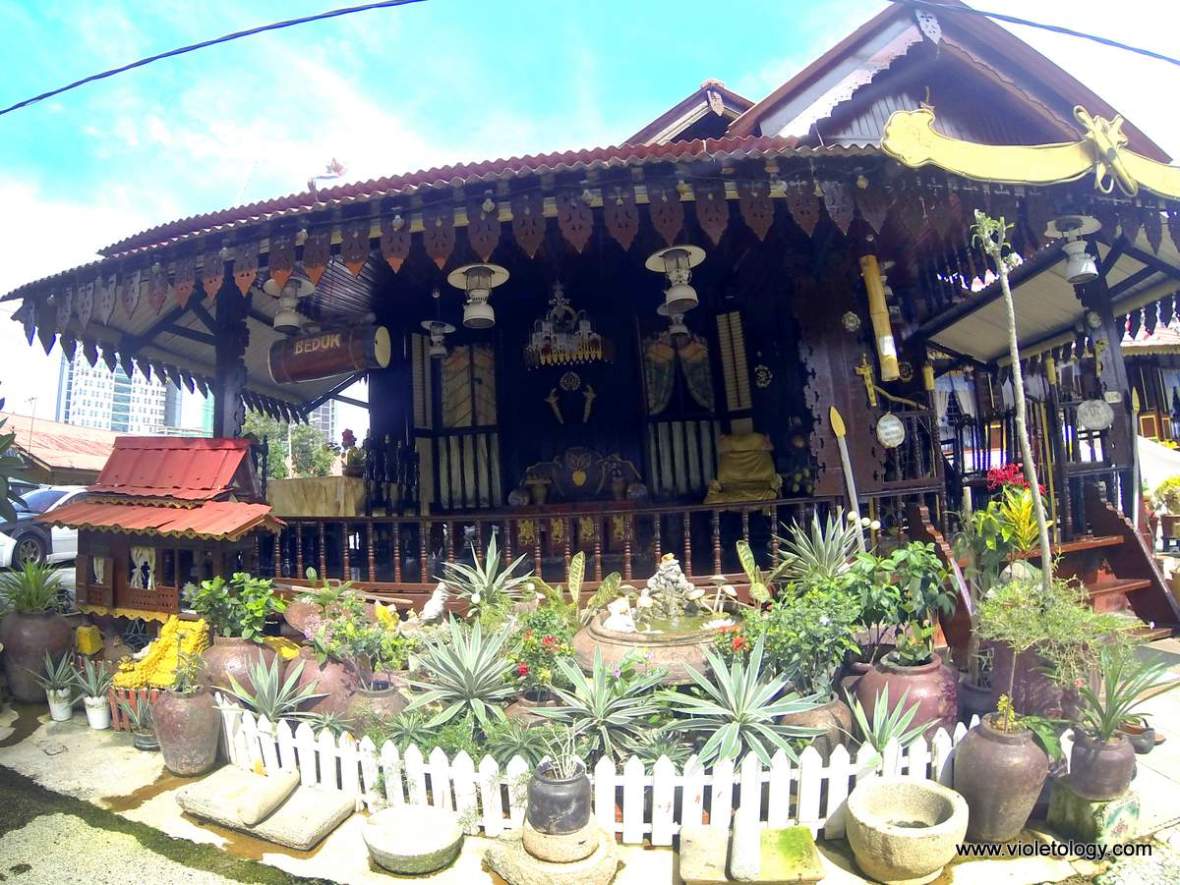 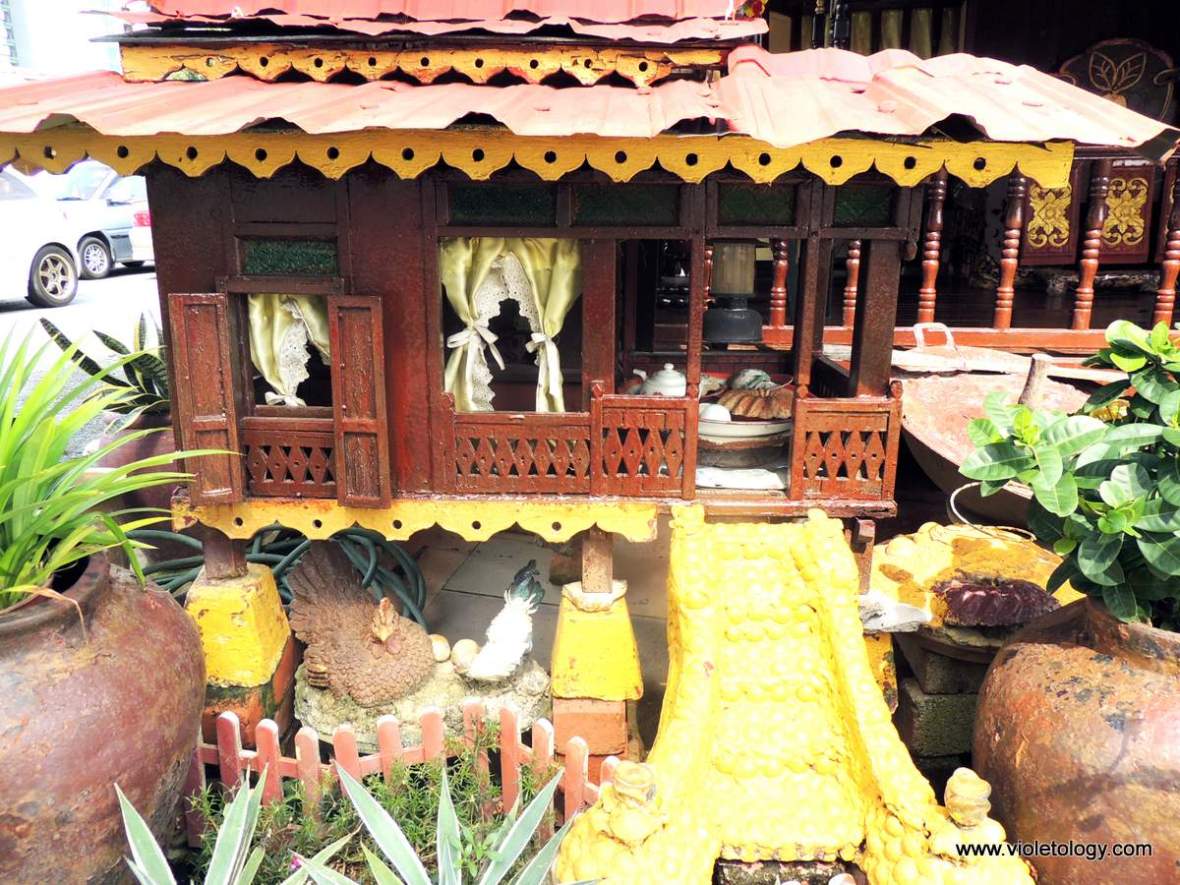 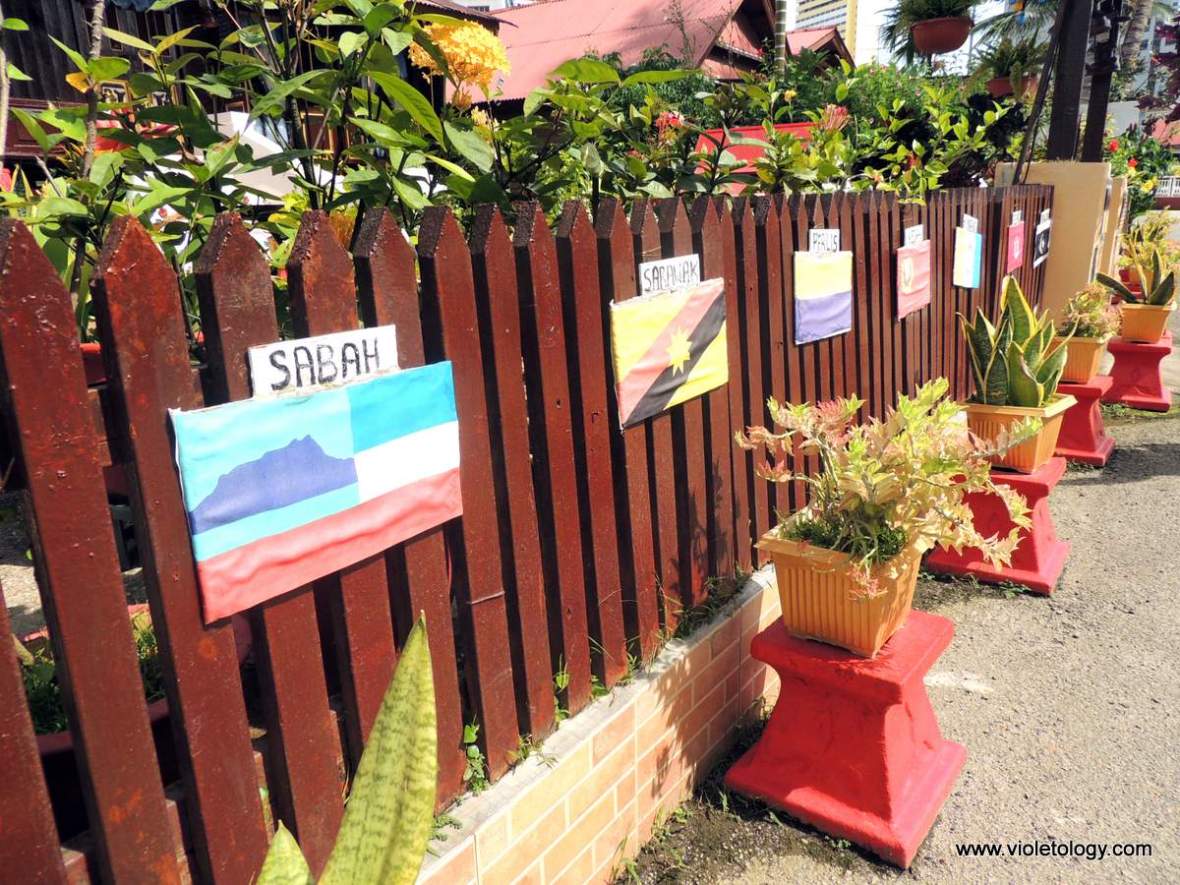 “Though Malacca town has developed rapidly in the last decade, Villa Sentosa is carefully preserved in its traditional style.”

As we walked away from the area, I looked back one more time and could not resist taking a photo of this view.

Will these towers wake up one day and see taller structures towering over them just as the Malay houses saw giants peering down at them. Indeed, urbanism is the most advanced, concrete fulfillment of a nightmare.

This was the perfect end to our Malay educational tour.

Passed by the Malacca City Hall as we drove home. 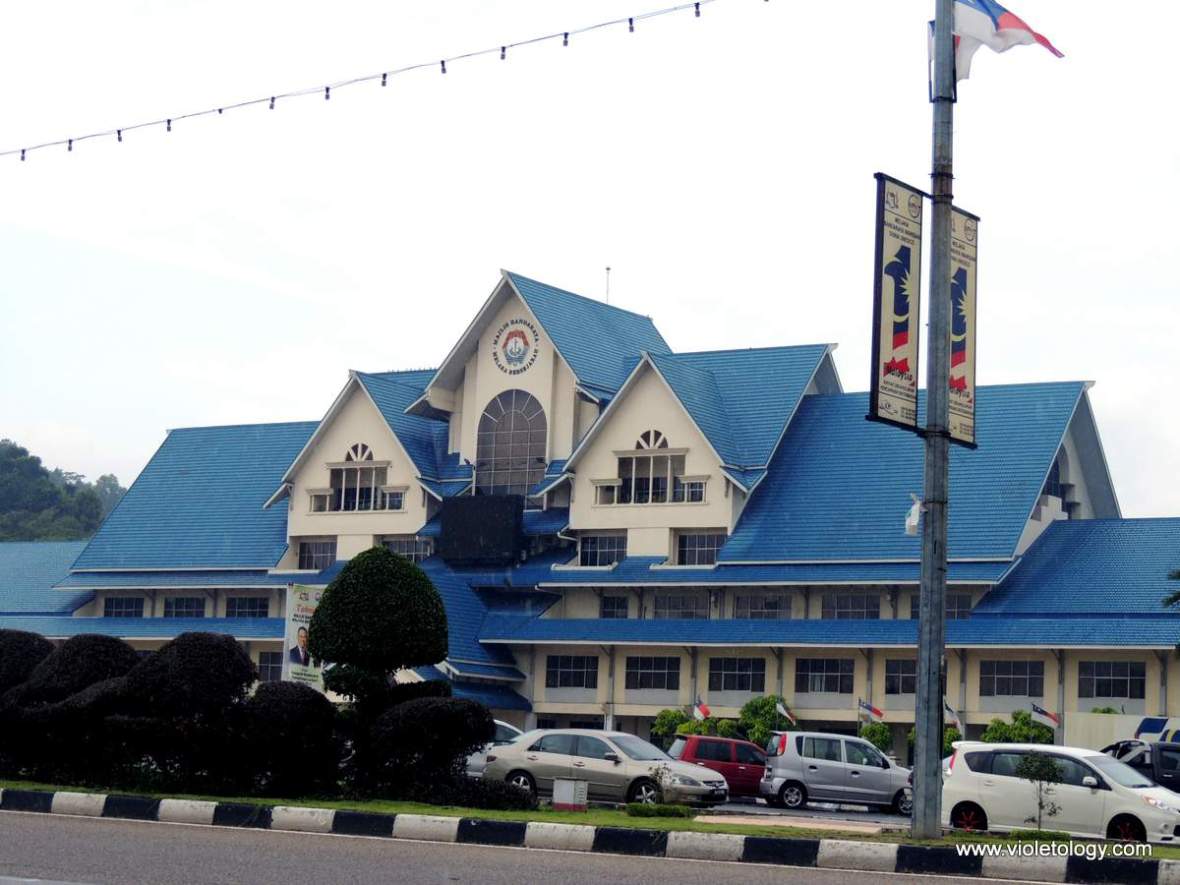 There was so much more to explore in Malacca and I wished we could have stayed longer than a day. 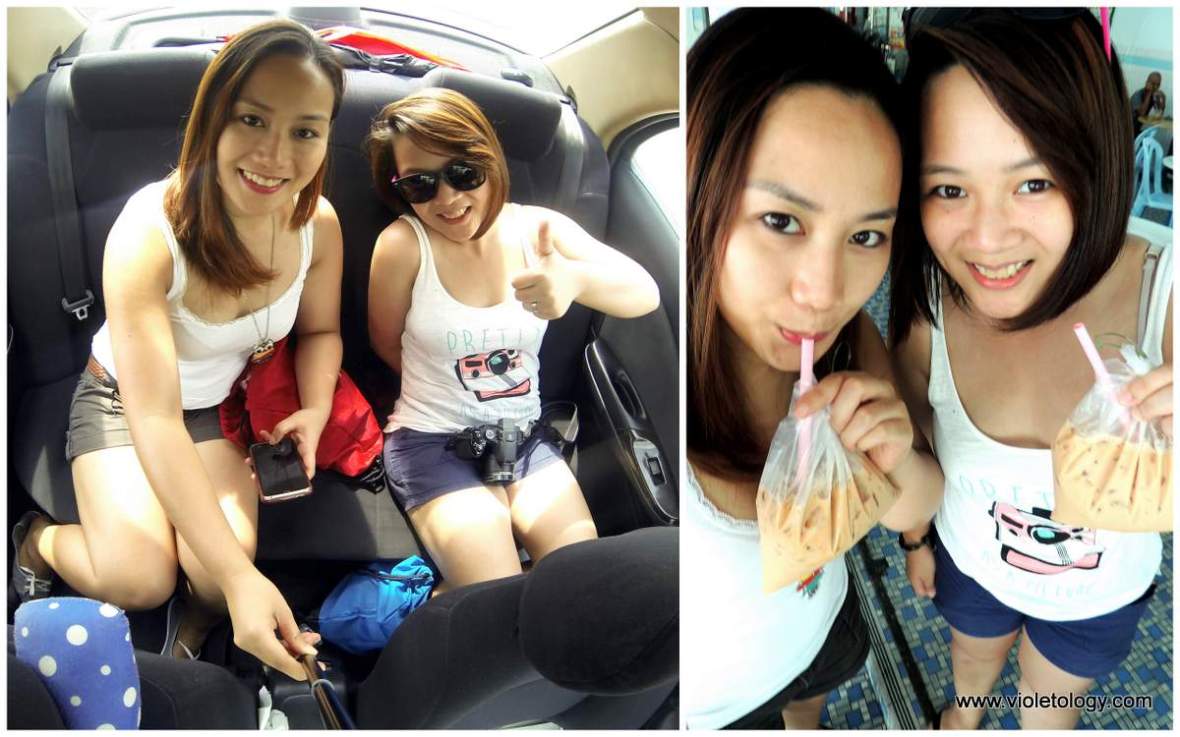 Daddy Guna did not disappoint us at all. 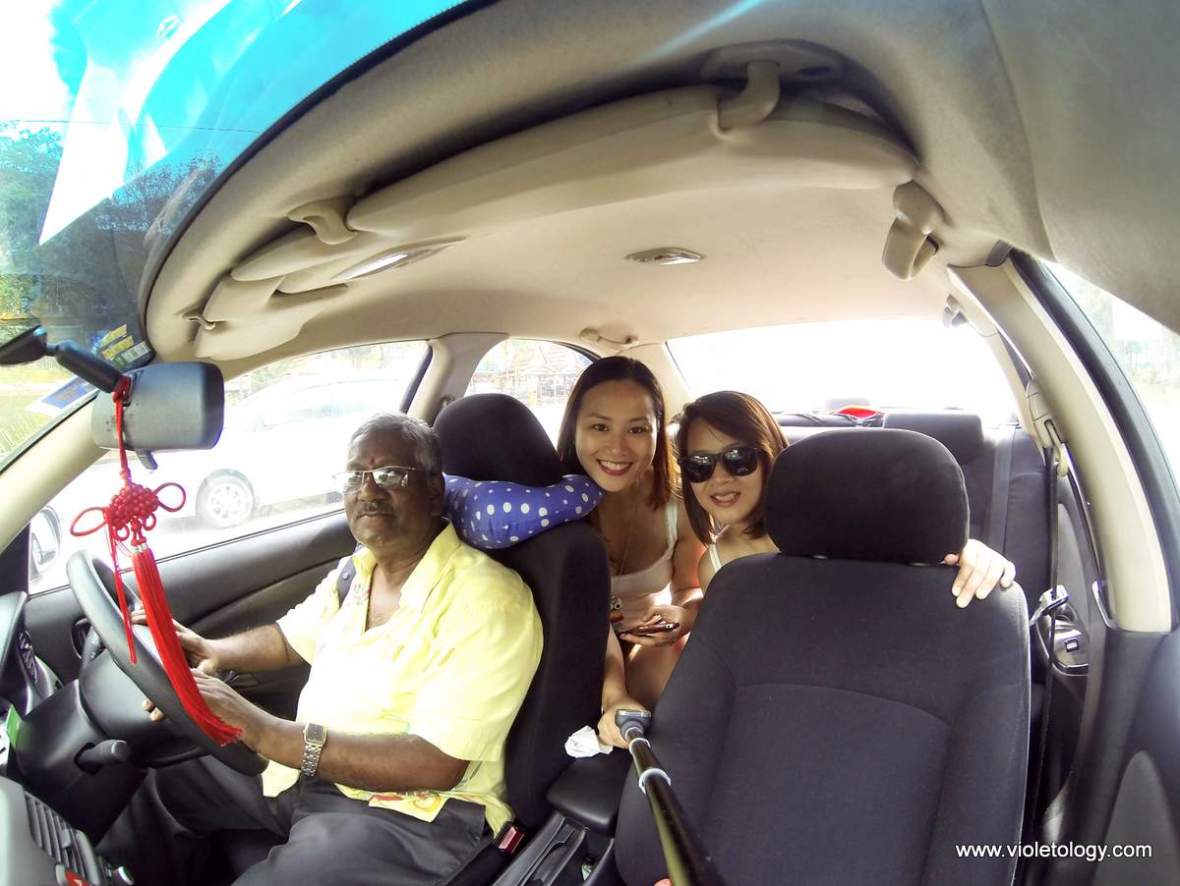 We arrived at our hotel just as the sun went down. Still inspired by our tour, we went to a nearby local restaurant for dinner.

Off to bed we went with our tummies and brains full of history and culture.

Here is our tour guide’s business card. Isn’t he the cutest?

We strongly recommend his services if you want an easy-going yet informative tour of Malacca.
Guna – mobile: 6016-3680228 | email: aa_traveltour@yahoo.com