Danyang for me is like a magical place. The red bridges and the turquoise Namhan River are the perfect backdrop to the colorful exhibition of paragliders.

Apart from paragliding, the most famous destination in this county is the Dodamsambong Peaks. It is one of the 8 Scenic Views in Danyang.

This tourist destination is a viewing and photo area, featuring 3 rock formations. The first rock on the left is called the Mistress Rock. The biggest one in the middle is the Husband Rock. The one on the right is the Wife Rock.

The rocks represent a flirtatious mistress and a furious wife, turning away from her husband who has taken a concubine to secure a male heir. 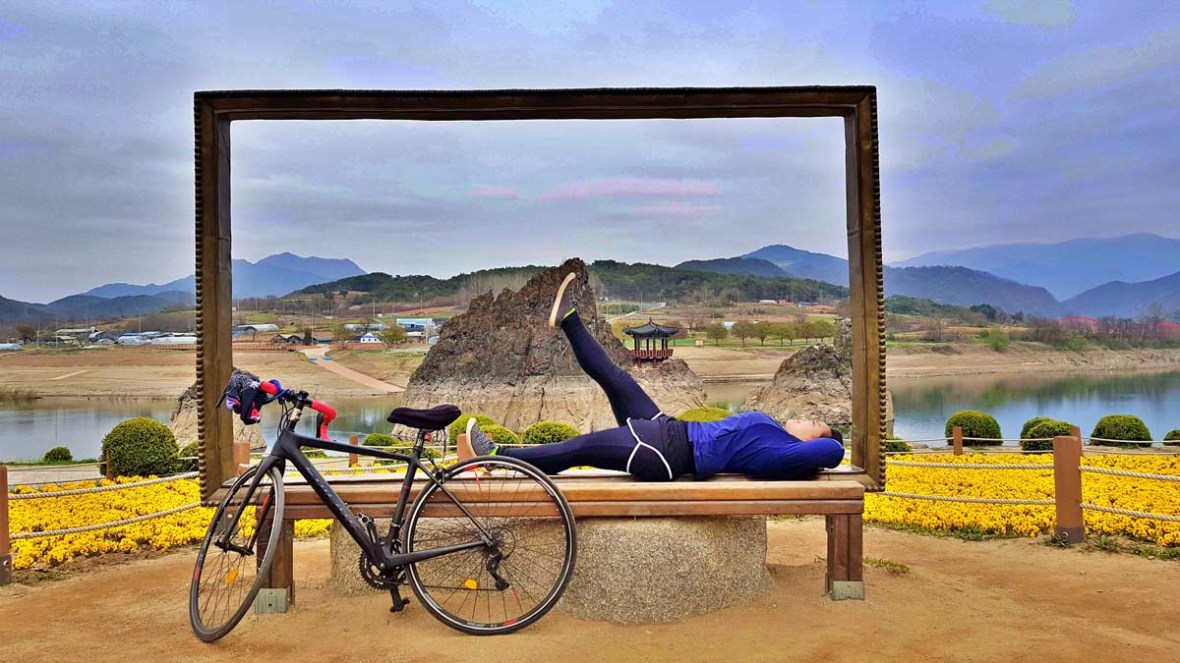 Another legend involves a historical figure named, “Sambong” Jeong Do Jeon. He helped Taejo, the first king of Joseon, overthrow the Goryeo Dynasty and launch the new Joseon era.

The story goes that a long time ago, a huge flood swept the entire Sambongsan Mountain, which originally stood in Jeongseon, Gangwon-do Province, into the river basin of Danyang. Officials from Jeongseon, claiming the three peaks in the river belonged to them, began collecting taxes from the people in Danyang each year. 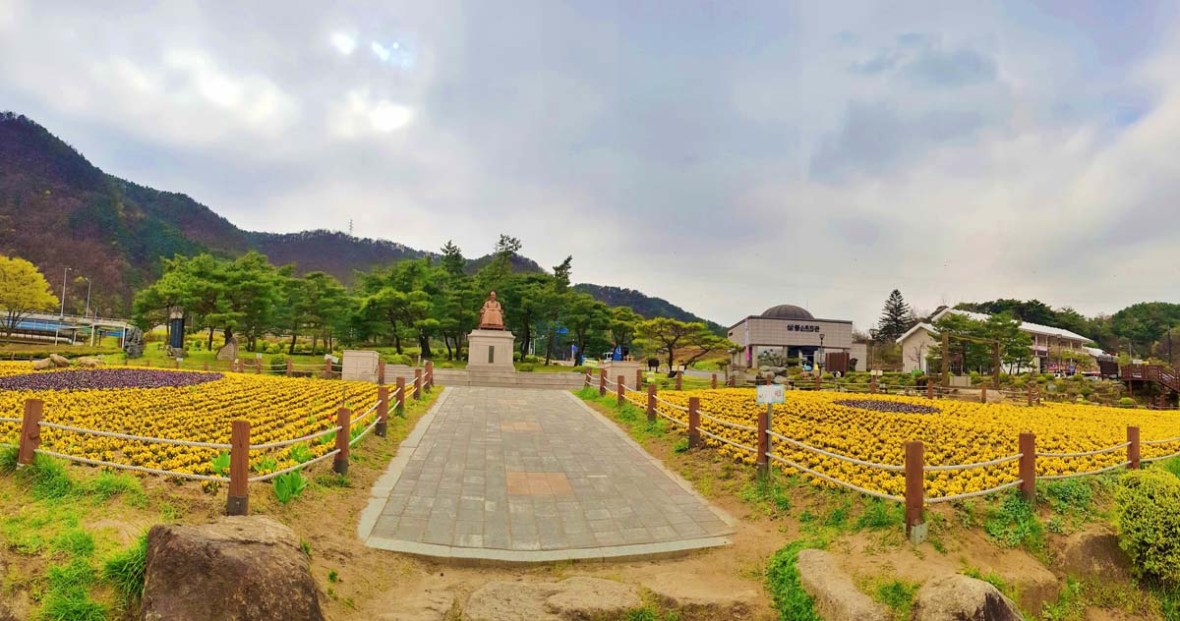 Luckily though, a young Jeong Do Jeon, who had spent his childhood days in Danyang, came up with a solution to this problem. Addressing Jeongseon’s officials, the boy claimed that the three peaks in the river were a nuisance to waterways and welcomed Jeongseon to take back their precious mountain. After that day, Jeongseon gave up trying to collect taxes altogether.

To this day, visitors can see a statue of “Sambong” Jeong Do Jeon watching over the peaks from his seat by the riverside.

Thanks to Pilot Im, I was able to explore this bicycle path from the town’s center leading to the 3 peaks. Since I still have a serious knee injury, I couldn’t really go far without whining in pain. These 3D street art gave me my needed breaks on the road.

KNOW MORE ABOUT THE DODAMSAMBONG PEAKS